This is my finished Selbu Modern.

This is a good colorwork project for a beginner who doesn’t want to be overwhelmed by something larger.  I’m not really a beginner, but I haven’t done a lot of fair isle, so this was a good way to get the feel of something a little more challenging, if you would call two balls of yarn hanging from five very sharp  doublepoint needles that stick out like a medievel instrument of war challenging.  I do. 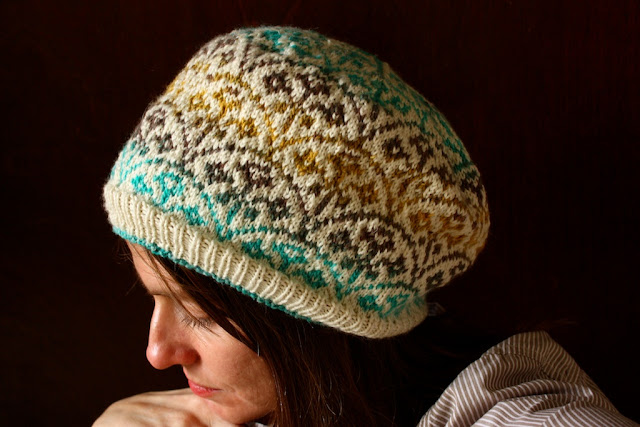 Very nice, even if I do look just a little Mario Bros in it. 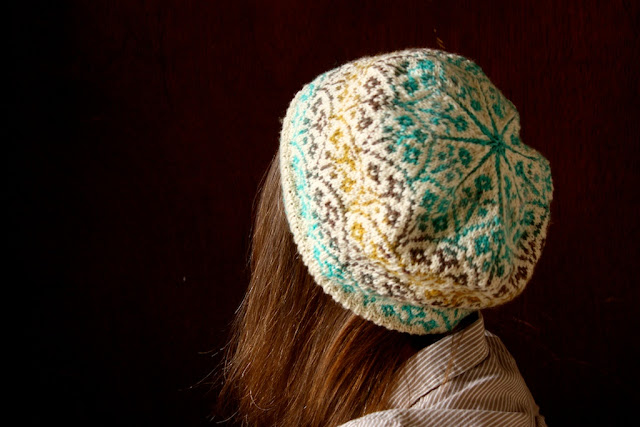 Some Details:
I followed the suggestion of Beate at Creekside Yarns and used a natural background (Knit Picks Bare) with Noro Silk Garden for the motif.  Noro is extravagant for my budget, so a project that highlights the beautiful color changes while only using half of a skein is perfect. 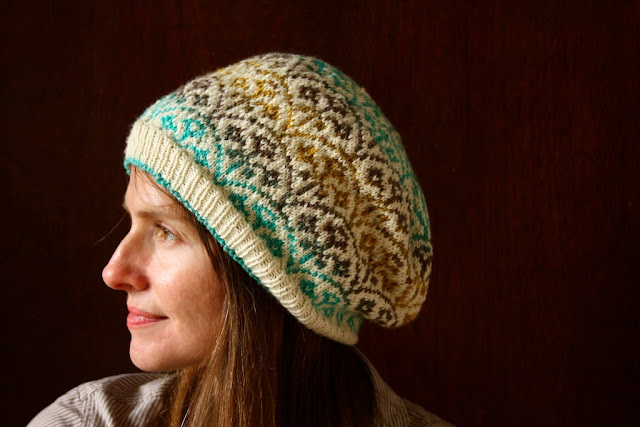 Traditional Selbu is a combo of only two yarns: black on white, but with the Silk Garden yarn I got the technique of two yarns with the surprising color changes of Noro.  I chose the colors I liked best from the skein so that I would get a repeat of blue at the top.  But, it works just as well to not cut the yarn and let whatever color appears figure into the pattern.  Surprises are nice, like the star pattern at the top. 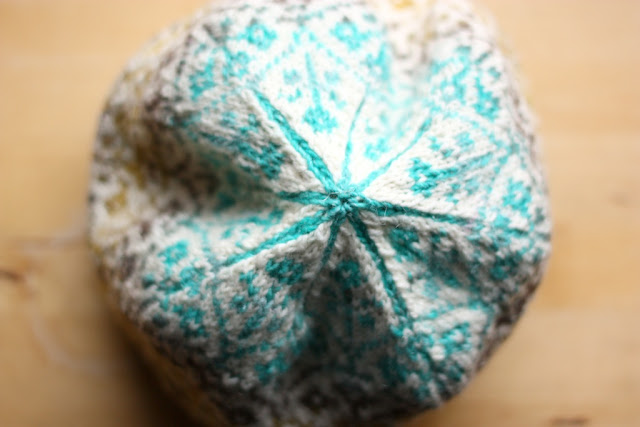 I could not get the gauge on tiny size 0 circulars so, out of necessity, I knit the ribbed band tightly on size 2 straight needles.  When I was ready to move to the body, I just substituted double points and, once finished, went back and grafted the two edges of the band together.  It was extra trouble, but it kept me from having to wait for a different set of needles in the mail, and I don’t think it shows too much (see below.) 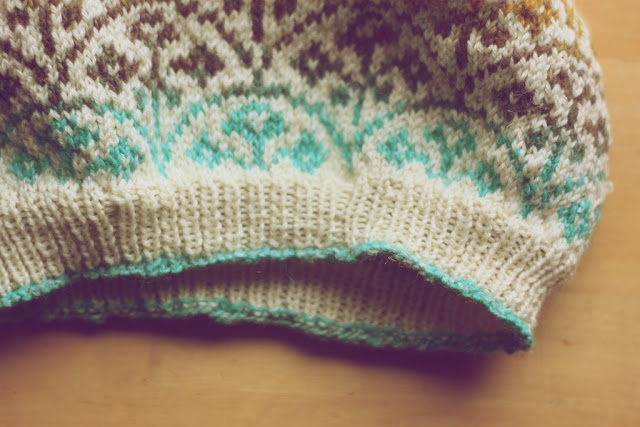 I love the inside of Fair Isle almost as much as the outside. 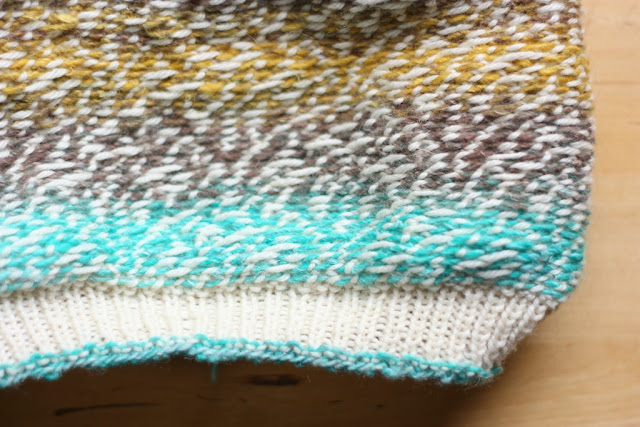 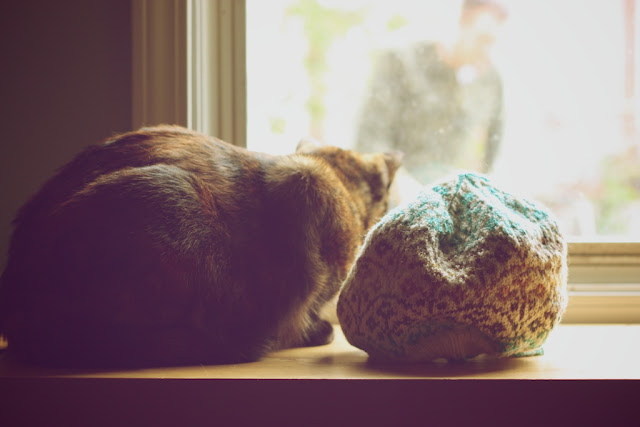