The other night, I was looking around the house for some way to get a 365 in using any part of me but my face and crazy hair, when I spotted some of my knitting needles.  These tiny ones are souvenirs from a medical mission trip I was blessed to be a part of in Ayaviri, Peru a couple of years ago.  The women make finely knit caps, sweaters, and things to sell with them. 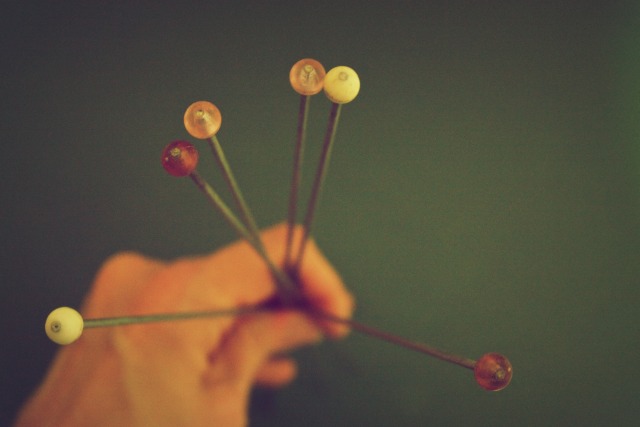 (Peruvian needles, 365 Day 311)
Those, below, were made in Peru- except for the really long crochet hook, which my grandfather made for my grandmother, and the gigante needles my husband made out of dollar store plunger handles for me to knit the karate sweater with.  ( They worked.  I made the sweater and it would’ve been perfect if my arms were 5 feet long.) 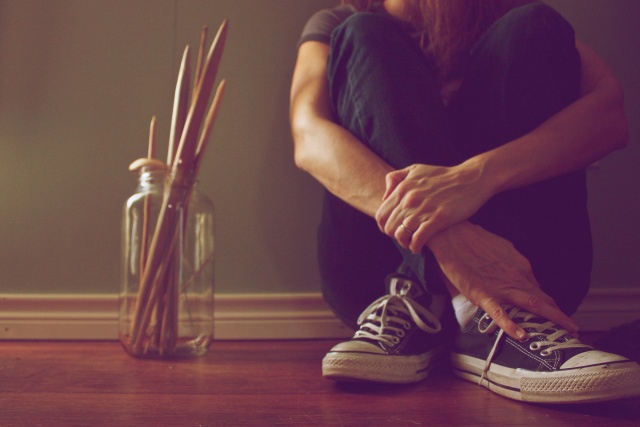 Anyway, this got me sentimental and I went back through all my hundreds of photos of the different visits we made there.  I won’t even try to relate how wonderful it is to be a part of something so important, even if it is a seemingly insignificant part.  I’m not in the medical profession, or any profession, so I was basically a hand and head holder for dentists, skit performer, or telling them about Christ- if my Spanish is discernible enough to call it that.  But, other than for basic medical care, we were mostly met with much silence and skepticism as outsiders.
I believe God showed me lots of little ways to extend kindness and show interest in the people around me, to just ease the awkwardness of language barrier and painful medicine.  It’s always easy with children, but stoic adults – not so much.   Luckily we had plenty of common interests. 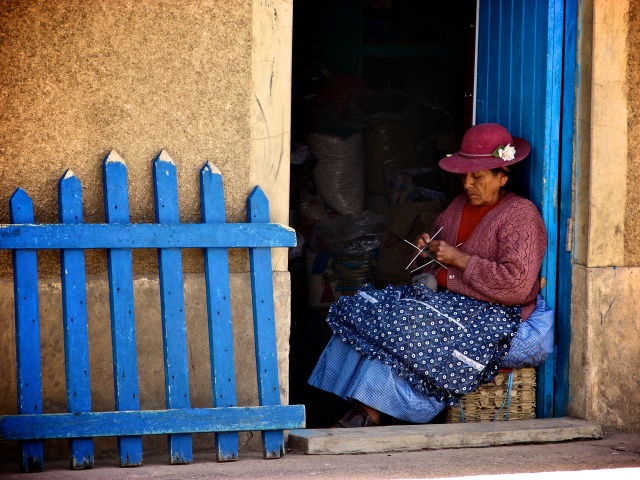 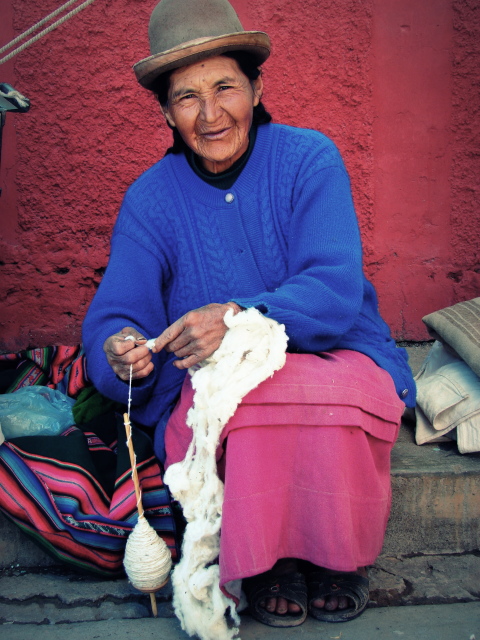 This little lady sweetly offered to pose for a picture (this wasn’t a tourist area, so she really was going about her usual business for market,) then she cackled and said I owed her a few sol.  Figures, nobody wanted their picture taken.  Really wish I could’ve gotten some of that wool, but we were rushed and I wanted the picture more. 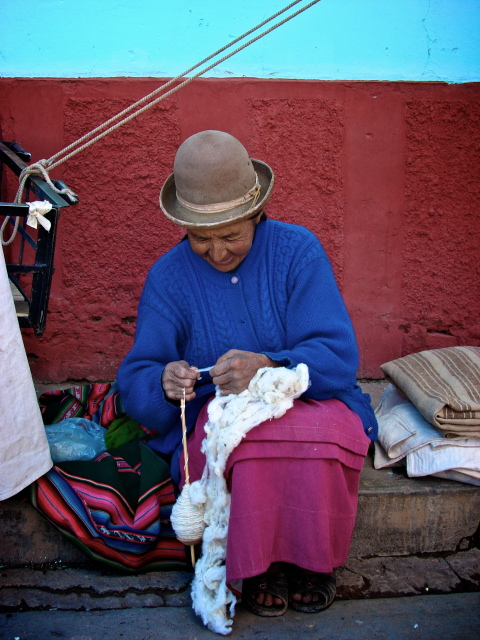 I think this young mother was crocheting with acrylic.  They sell quite a bit of it, and wear a lot of it.  I suppose it’s cheaper there too.  In fact, I had a very hard time finding any yarn for sale that was all wool in that town. 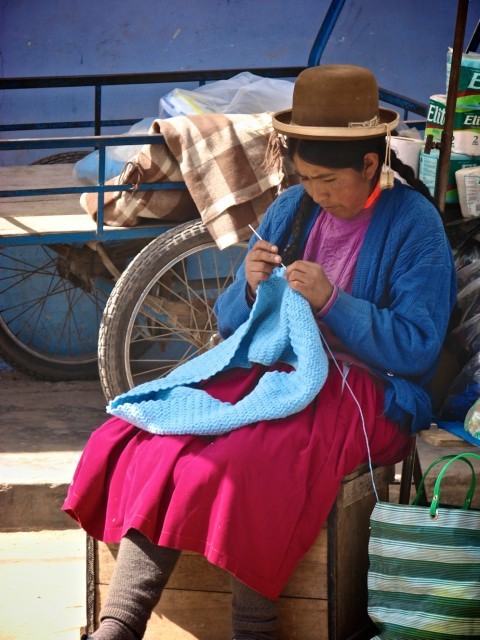 (Huancane, 2007)
It was pretty cool to talk knits with women from South America, even if it was mostly miming and pointing.   They were interested in how I made my visor on a hat and how I used my circular needles.  I probably seemed like a big goof (example: the picture below.)  But, I think they liked me stepping out of the business to let them touch my hair or my pasty white arms and say, “Blanco!”  The ladies really laughed when I lifted my pants leg and showed them my ankle saying, “Mucho blanco!” 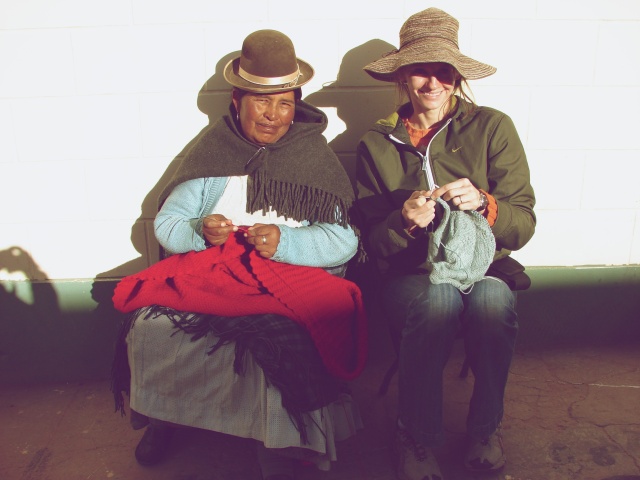 On my second trip, I asked this lady and her husband if I could take a picture knitting with her and he jumped up and gave me his stool.   This was the third year the group had gone and I think people felt better about us and our intentions.  They were welcoming us with open arms, literally, all through the streets and it was so much easier to engage people in a conversation.

I was working on this sweater then and it makes me think of that little mountain town every time I wear it.