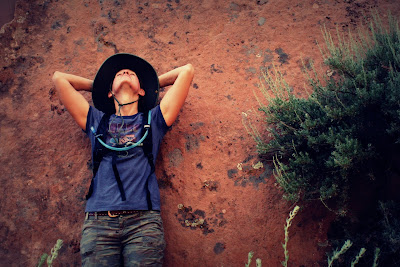 We went on up into Utah after the Grand Canyon, meeting some friends at Zion Park. After the cold at The Grand Canyon this was a real relief: mild climate, hills and mountains on every side of our little pop up, and beautiful clear skies. 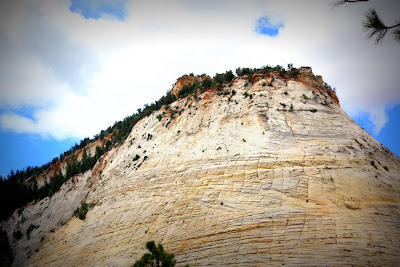 Our first day we hiked The Watchman Trail, very easy and fun with lots of things for my son to climb. We were pretty bummed out that The Virgin Narrows were closed, due to high water, because that was the hike I’d wanted to come here for. But we consoled ourselves with the prospect of seeing our friends that used to be neighbors and would be again in Zion, if only for two days. That night we roasted marshmallows and laughed around the fire with them. 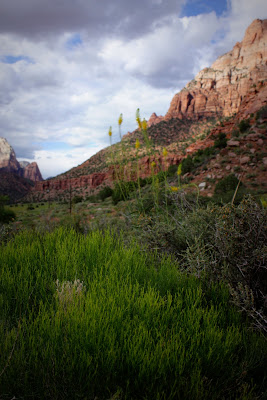 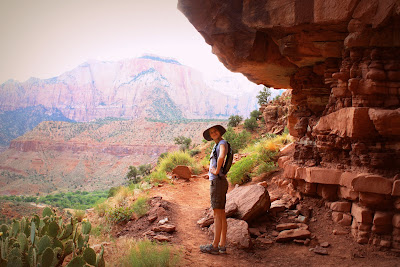 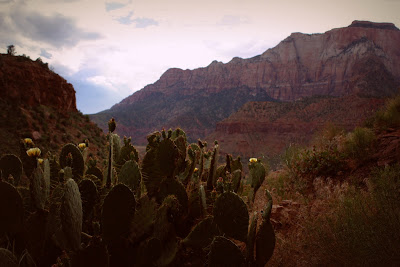 The next day our two families planned to hike all day with a picnic lunch. 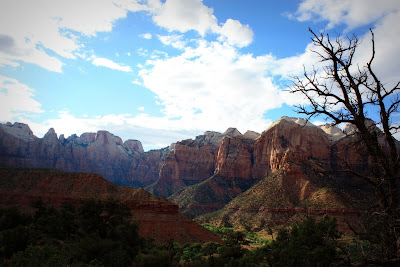 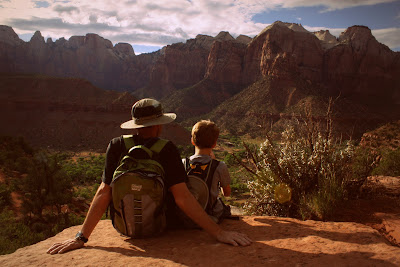 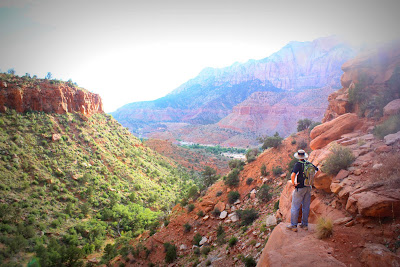 The first hike was to the three Emerald Pools. But it being Saturday and this being an easy hike, it was also very crowded. I felt like I was in a never ending line at Luby’s. 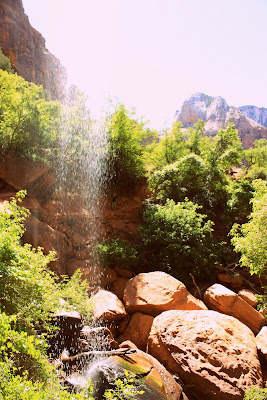 The next hike was a big test for me. We thought the test was how far would I make it on the way to Angel’s Landing before my fear of heights kicked in. But it was actually how long would I let group mentality control me (kidding.) We followed Walter’s Wiggles to Scout’s Overlook, and from there we had the option to continue climbing slickrock while holding onto a chain to the top of Angel’s Landing, with a 3 ft wide path and a drop on either side of 800 or 1200ft. This leads to…

my camping lesson #12- Set a limit on how much fear you will test your psyche with per trip. Because it’s not vacation if you have to be committed when it’s over. 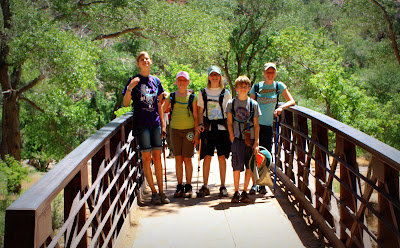 At first I didn’t want to be a drag to the group, so I walked on eyeing my youngest and saying, “Close to the wall!” like I had Tourette’s until we got to Scout’s Overlook. I’ll save the details for a journal entry but let me say I was 3 chains up Angel’s Landing when God told me I should not be doing this. I looked at my friends and said,” I should not be doing this.” 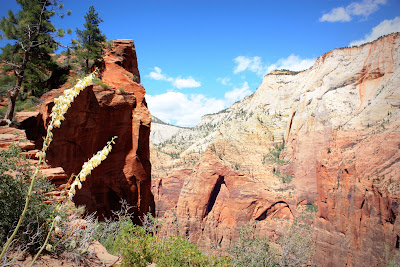 And that was the end of mine (and my son’s) Angel’s Landing climb. Had I seen what was further on, I would have dragged my daughter off and guilt tripped my husband into quitting too. Lucky for them it was out of my view.
Even my husband had to admit later that it was the stupidest thing he ever did.

If you’re hardcore and I sound like a killjoy, sorry, but I think parents should live to parent. 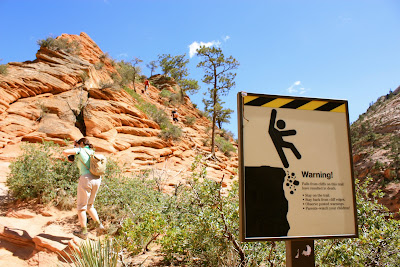 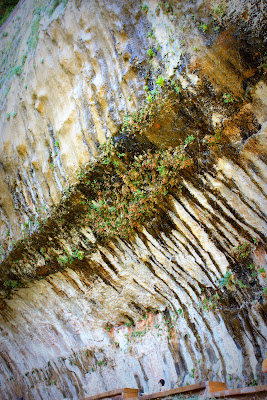 Our last day it was just our little family, so we hiked to Weeping Rock. Aptly named because nerves were frayed, kids were no longer enthusiastic without their friends there, and I was ready to weep a little. This water dripping there is said to have taken 1200 years to filter through the Navajo limestone and Kayenta rock above our heads. Trippy. 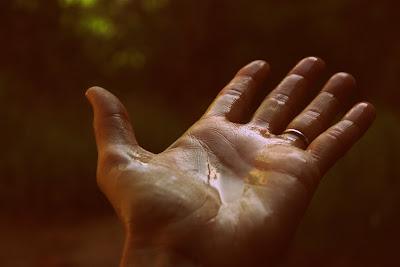 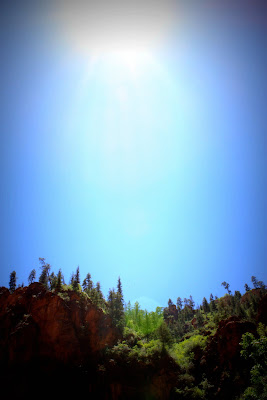 Since we wouldn’t be renting gear and doing the Narrows, we went horseback riding past The Patriarchs. I think the kids enjoyed their colorfully named horses and I imagined what it would be like to be alone on the trail hundreds of years ago on horseback. 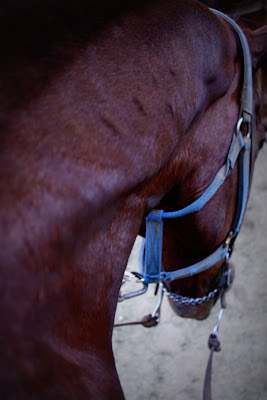 Zion was pretty cool. My husband wants to go back-immediately. 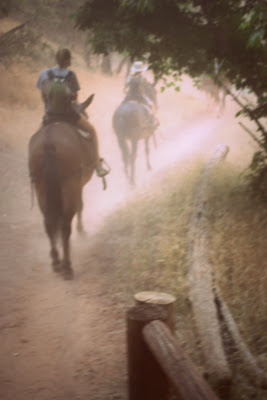 Our last hiking destination was Bryce Canyons. And even though my kids were tired of using their legs and it was hot and the wind would suddenly freak out and sandblast us, I thought it was the neatest. 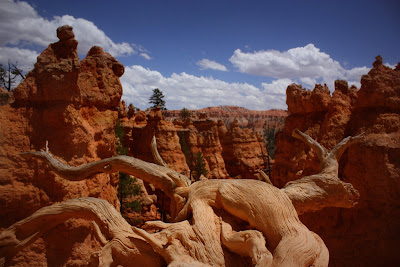 We walked a six mile figure eight trail of some steep climbs, combining Queen’s Garden, Peekaboo Trail and the Navajo Loop. It would be the perfect trail to run. I could’ve ran all over that place all day if I’d been there alone. But I was glad to be with my family, who else would hold a wet polaroid in each hand for me? 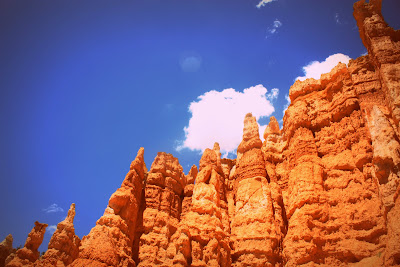 All the hoodoos were like something from a dream. Especially at Inspiration Point where we walked through a narrow crevice for our view to open out onto thousands of giant dribble castles. You know, like the kind you made on the beach as a child. 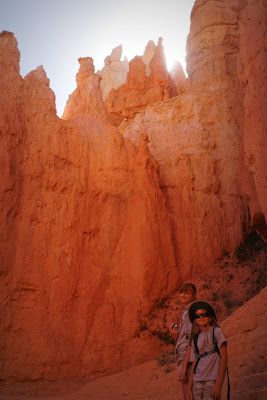 I wanted to take a picture at every bend,
with every type of camera I own,
and I did. And my family got sick of me. 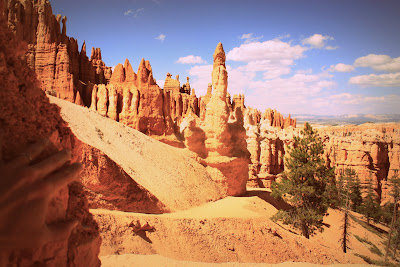 It was just some place I needed to see. 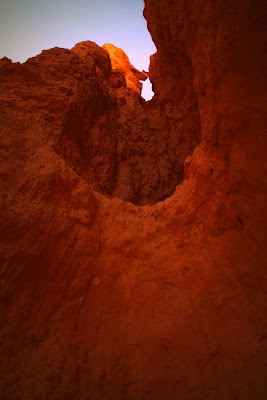 And when I was done seeing it, I was covered from scalp to socks in a thick layer of sand. 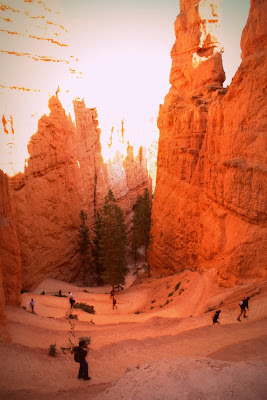 More pay showers, pizza, and an all night drive awaited us, but we did feel that good kind of exhausted. Like a day at the beach… or Death Valley. What felt so vast to us was really just the bottom sliver of the state, so I guess we have to go back.

I Need to Be Outside