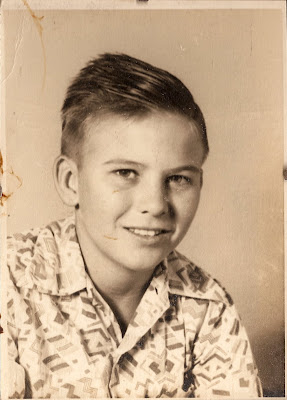 He grew up in a poor family of 11 on what was literally the wrong side of the tracks- the country side. The country kids swam in the city’s reservoir for fun, teasing the city kids by saying, “We swim in your drinking water.” He remembers a teacher using his clothing as a subject for a spelling word example sentence: ” Larry has on different colored socks, and one has a hole in it.” Though their father was harsh with them, he always taught them to share what they had with other families in need, families that to this day are very close to my dad and his brothers. He had a lot of what is now thought of as grown up responsibility at a young age on their farm, yet he hid from visitors under the house because he was so shy. And when his older brothers took the beams that went under their wagon in the snow on Christmas Eve and dragged them through the fields, saying Santa had been there- he believed them.

This is his “mafia” look from his early OCAW days. He said to a journalist during a major refinery strike: “There are three things I am: a democrat, a Christian, and a union member.” 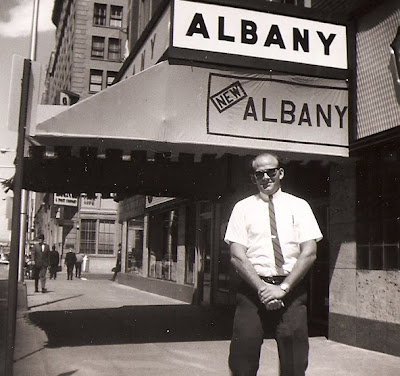 When my mom’s parents were slow to give their blessing to the engagement it was because his first marriage had ended, though he hadn’t wanted the divorce. They were concerned, and he understood, though I’m sure he wanted their blessing. He loved her. I saw it and felt it. And though he would do anything she asked, she never took advantage of it. When my mother was sick, and after she passed away, my grandparents were very quick to say there was no husband finer. They grew to love him quickly because he was a good guy. But he grew as dear as a son to them by the way he nursed and watched over their daughter. 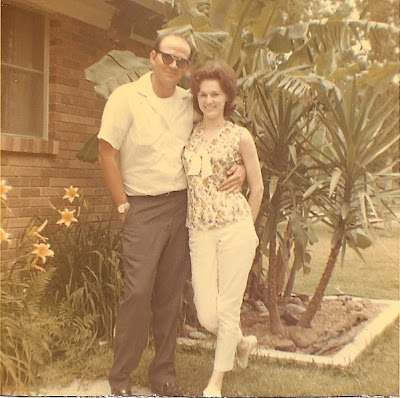 I’d love to say the only hardship was circumstances and we all behaved perfectly through them, but that’s never true in families. He and I weren’t always very close. Lots of misunderstanding and miscommunication. But having kids of my own helped me to see that his distance wasn’t a happy choice he made to keep me out of his hair. It was from lack of experience in healthy family relationships, being overwhelmed by the task of navigating them alone,and maybe fear of failing at it. 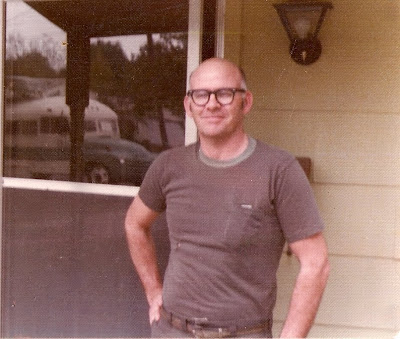 Remembering my dad the way I saw him as a little girl. How I’d put my whole hand around just his finger instead of his hand to walk down the road to the neighbors’. Or how we literally ran to the front door saying,” Daddy’s home!” to greet him. He took us to the park to play every Sunday and sometimes he bought us a comic book at the Sak-N-Pak. 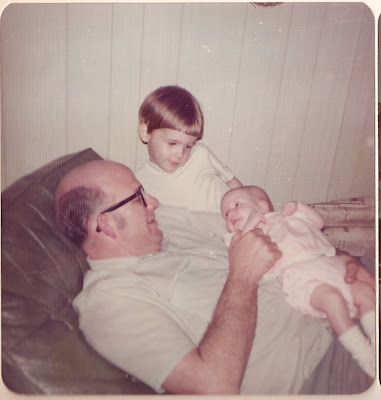 I drive to his house a few mornings a week to have coffee with him and usually find him hovering over a junked mower that he’s about to rehabilitate and sell (or give away.) Sometimes it’s just me, Dad, and the dog. Sometimes he has his posse of older guys hanging out, tinkering with engines, and shooting the breeze over coffee too. I do enjoy it.

I thank God for your 72 Years. I’m remembering the part I was there for. The honest, generous life you lived in front of me and am so thankful that God has given us so much of it.