I’d like to say I bring flowers to my mother’s grave every month or something.  But the truth is, it isn’t nearly so often.  I don’t know why, I ride my bike through the cemetery often and think of her every single time.  And when I pass it and there is nothing there because the last batch faded and were removed I remind myself to get more.  Maybe it’s because we have to drive a few towns over to buy them, or because to do it “right” is sort of expensive, or maybe because I’m so busy as a mother myself.  But, I don’t really think those things would stop me if I felt an urgency about it.

So, Thursday, my grandmother and son went with me to make an arrangement and honor her together. 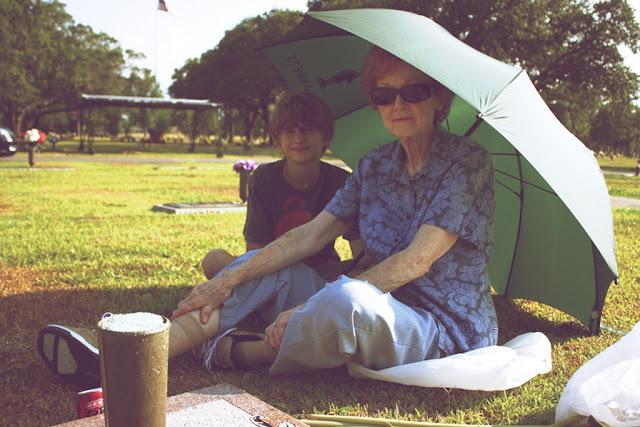 When I was little, my mother would point to those praying hands in the background, below, and say that was where she would be buried.  I thought she meant that was her grave marker and was amazed that hers and my father’s headstone was so big.  I guessed that other people must realize how important they were to let them have that. 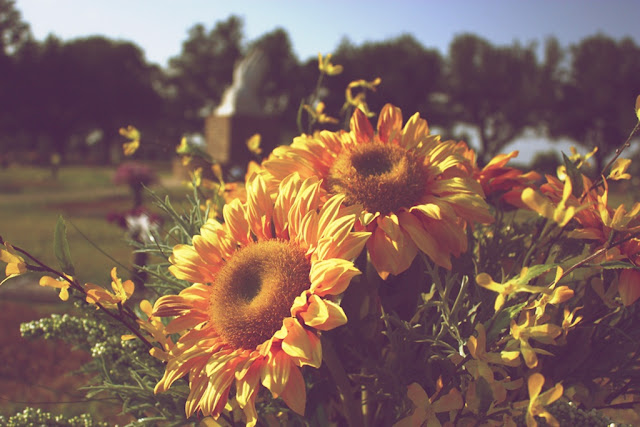 After she passed away, I was thirteen and would ride my bike for hours.  I always went through the cemetery, past the praying hands.  It wasn’t a sad thing  for me.  It was comforting.  I knew she wasn’t there.  She was with God, but it was a pretty place and used to have a little canal with a dock behind it that few knew about. 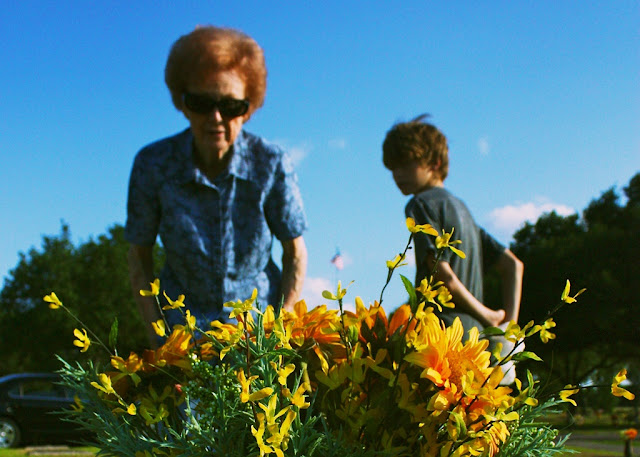 I still ride by it most every time I’m on my bicycle.  The other day I brought my son and husband with me.  I showed them the different old fashioned stones: Woodsmen of America tree trunks, angel statues with rhyming elegies, and the tiny stones in Babyland.  But what touched me most was a little concrete cross that had no wordy message, just a last name that wasn’t carved in deep enough.  Around the edges someone had pressed little cat’s eye marbles into the drying concrete.  I’m sure it was the only ornament they could afford as a tribute.  Yet here it stands today, unique in a sea of stones because they had to be creative to put love into it. 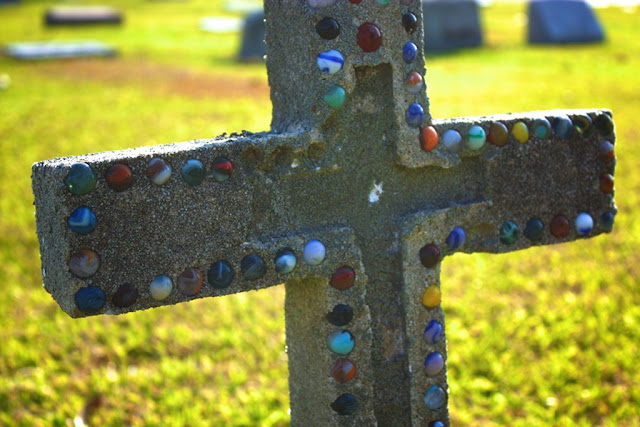 My grandmother and I were satisfied with our summery bouquet and after talking a while, we left.

Maybe we don’t honor her with artificial flowers really often, but we do talk about my mother all of the time.  I’ve always told my children about her- her patience with us, her subtle sense of humor, how she played games with me, and her dedication to mission work.  I tell them how she made our tiny little home seem so beautiful with her care and attention to detail, how she played the piano during the day with abandon, how she gathered her family together each night to pray.   My grandparents tell all of us how she was as a girl.  For a time she wanted to join the army so she could be on an army baseball team like her father, then she was going to marry the preacher’s son.  Later, she just wanted to be a mother like her mama.  They can honestly say she never gave them any reason to doubt her or worry.  She was gentle and kind her whole life. 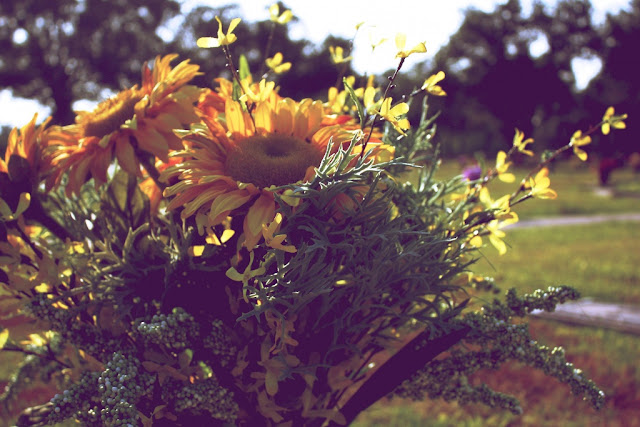 My grandmother reminds me how she raised my brother and I to honor our grandparents by visiting our great grandmothers regularly and really listening when they spoke.  I, in turn, honor her by continuing to do that with my children.  It is natural for us, the way family should be.

Grandmommy and I honor her with our sometimes sad attempts to grow African Violets like hers.  I honor her every single day I put being a homemaker ahead of other distractions.   She is in so much of what I do that I don’t know if I could examine my life and tell where her influence begins and ends.  It’s not just talk when I say her choices are living long after her.  They are shaping generations, really.   I want to live my life in a way that is not only pleasing to God, but a tribute to her. 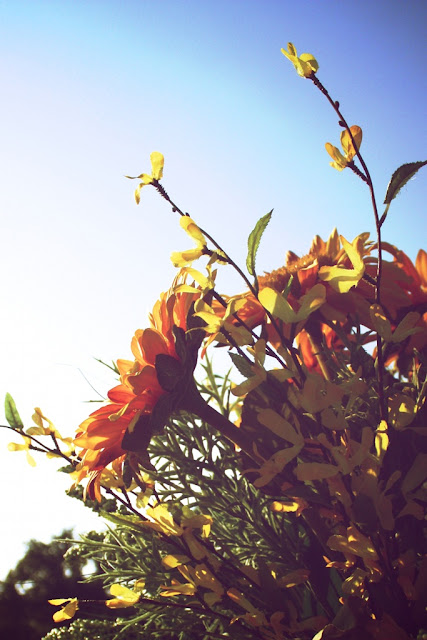 So I don’t let the irregular cemetery arrangements get me too down because I know that we are remembering her in the way that would really matter to her.

A Little Motivational Speech for Me