Skip to content
I got some new perfume for my birthday.  My sister and daughter are jealous of me.  I love it… even if it is called Viva La Juicy.  It makes me think of girls in junior high who wore big pink bows on their asymmetrical  pony tails.  But that’s just the bottle.  The scent is great, though it requires a run thru for me. 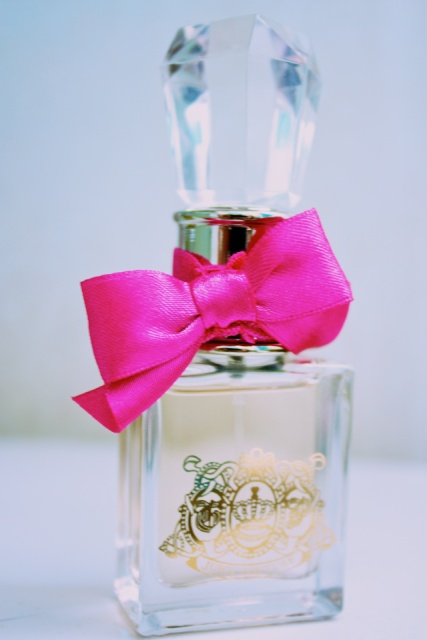 I wasn’t always so sensitive to scents.  I remember once, as a girl, I poured a quarter of a bottle of Windsong on my neck and felt just fine.  It was my mother who was rocking back and forth with a migraine seconds later.
The L’air du Temps was hers and worn very sparingly. 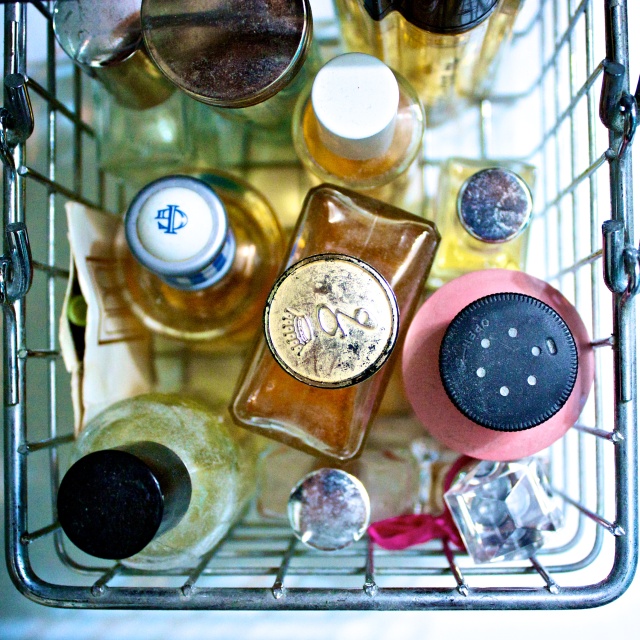 (365 day 18)
The Gingham was a gift hidden as part of an elaborate scavenger hunt set up by my boyfriend who became my husband.   We think he hid it in a medicine cabinet.   I remember there was a dress hidden in a box in the oven.
The JCrew Beach Glass makes me think of summer weekends at the beach and how a friend and I would pore over the JCrew catalog when we were young, dog earing the pages we liked, knowing we couldn’t afford any of it.  That was before Target was cool. 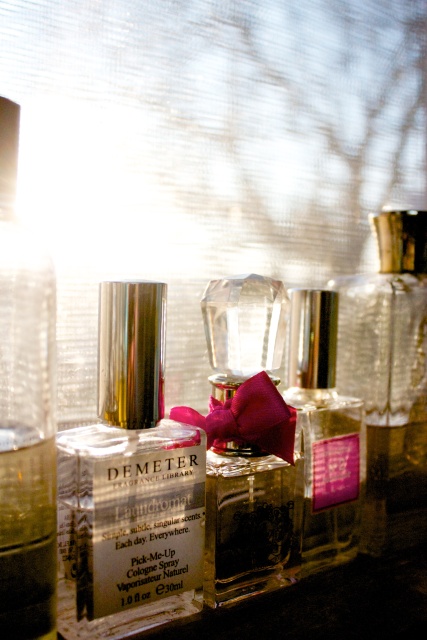 Tuberose – simple, quiet floral.  Got it at Target. I like.
Demeter Laundromat is an all time fave.  It really makes me think of fabric softener and reading at the laundromat.   It’s clean, understated, and it makes me nostalgic for childhood.  Maybe it’s one of those perfumes they added synthetic scents to (like Fisher Price toys or play doh) to make my generation wistful for their youth. 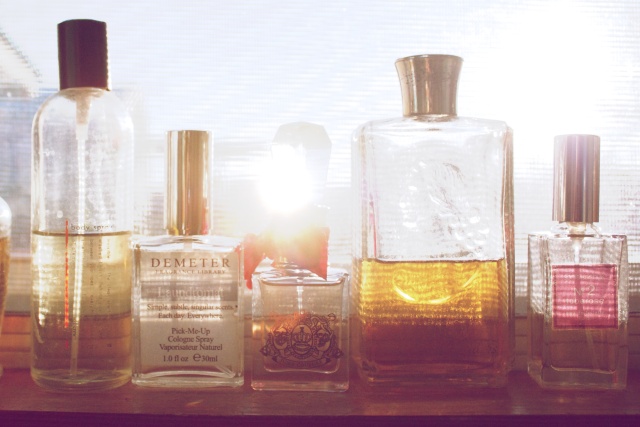 Je Reviens  makes me think of my sister, The Perfume Queen, who not long ago found a spray cologne version of it online and gave it to me for Christmas.  It’s a clean scent too, but more powdery.  I’ve heard it’s a new watered down version of the original, but I don’t really notice since I hold all perfume at arms- length, spray, and dash thru it anyway. 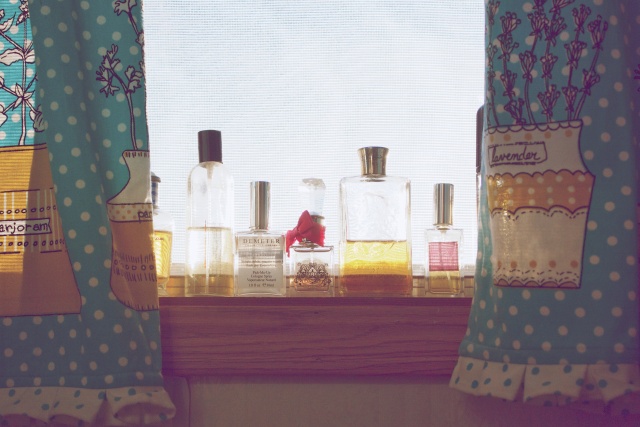 (365 day 19)
And so, I have a little fragrance museum in my bathroom.  I’ve only used up a few in all these years.  Remember Narcisse?  Well, I only used up a sample.   My daughter, on the other hand, borrows my Lucky and it’s gone in a few weeks.  I’ve had that bottle for maybe 10 years.

I really like wearing perfume, but my life is such that I wake up, put on workout clothes, drop off kids, run, then lose myself in various projects for the rest of the day.   I snap out of it when picking up the kids, as I catch a glimpse of “Sally Lu from the Hills” in the visor mirror.   (The car line is where I do all my fixing up.  Safety first.)
All of this was to say, I’m going to make an effort to wear the stuff from now on.  Even Sally Lu likes to smell good.