Skip to content
Just…please, don’t call him that.
It took some urging, some casual, carefully placed comments over a period of time…actually, it took a bribe;  but my son is practicing piano and officially calling it such. 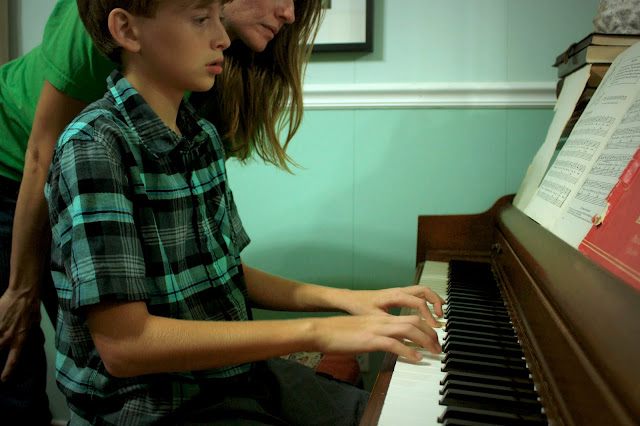 (365 Day 251)
I knew he could do it- he could remember and hum any snippet of music from the time he was a toddler.  As children he and his sister were both into singing while they played, creating little mini musicals for their farm people or dinosaurs.   And like me, he hums under his breath or catches himself singing outloud constantly.
Every once in a while I would play after he’d gone to bed only to find his door opening with a song request. 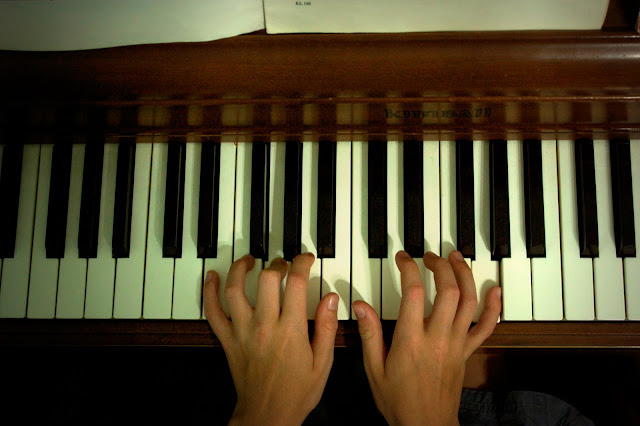 The question was, would he do it.  It’s easy for a boy who’s been in school all day to view 30 minutes of structured practice as just another constraint being placed on their free time.   I get that.  So we quit martial arts and  made a flexible practice schedule around soccer.
Another problem might have been the idea that only girls play the piano.  When did that stereotype start anyway?  I can’t think of an era where the great pianists weren’t men.   After he agreed to try it, he was encouraged to discovered many of the boys in his school class play instruments.  Now he’s moving through his books at a good pace. 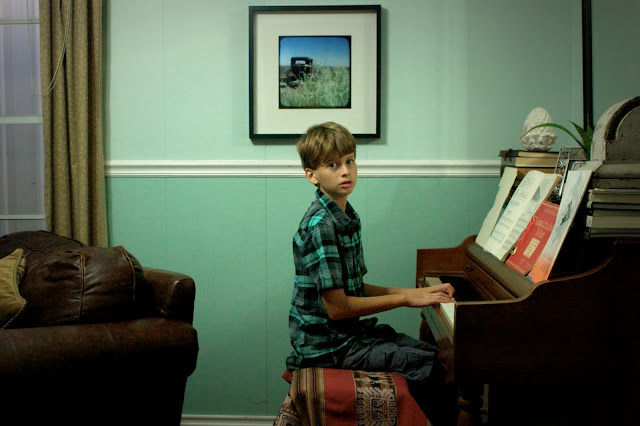 I’m so excited!  Both of my children are finally getting to take music lessons.
In fact, for all the initial complaining I heard about it, he continues playing well past the stove timer’s sounding.   Busted!  (Look at that face.) Could it be that mother is right?