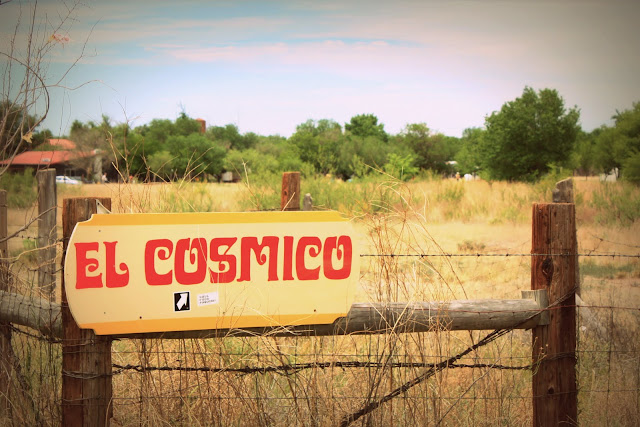 I know the vacation photos seem endless, but I thought El Cosmico deserved a post all it’s own.  It’s another one of Marfa‘s treasures, parked in a pasture. 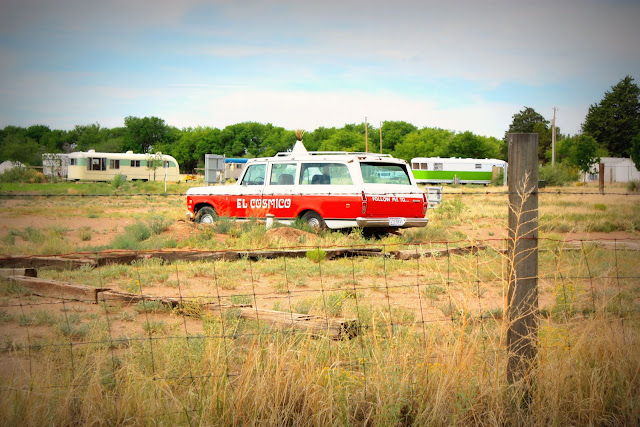 When we pulled in it was raining and the kids were not too amused with what appeared to be another collection of haphazard trailers in a nondescript field, a scene all too common in the southwest.   They were tired and had no idea why we left our trailer parked up front to trek through a wet pasture in the rain. 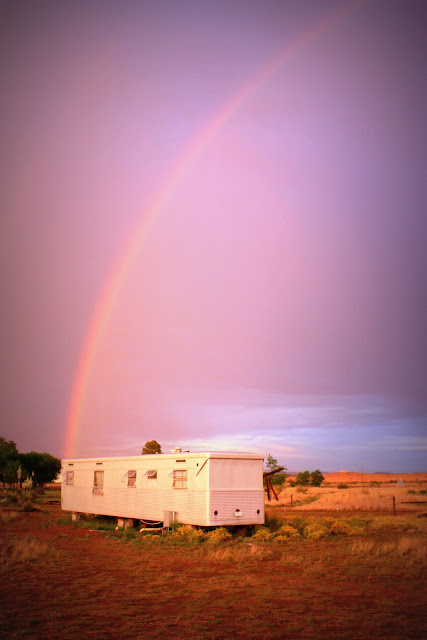 But as we walked down the path, they saw the campsites and trailers that were functional and so cool.  They eyed the airstream, then the yurts.  It wasn’t until the owner opened the flap of the  Sioux- styled teepee that they understood.   How perfect a finish is that for a native history influenced trip? 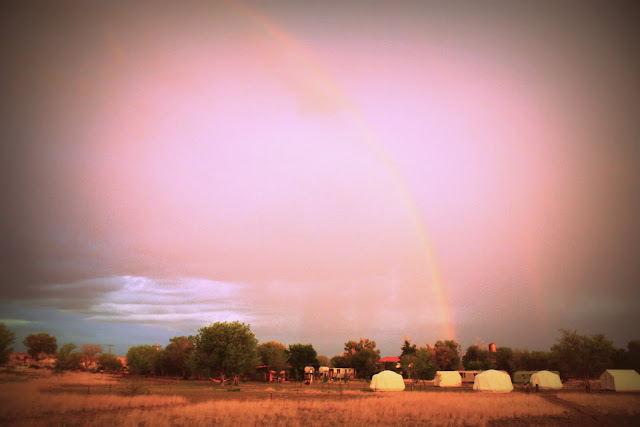 From the entrance to our teepee, we saw a double rainbow that began at the renovated retro trailers and stretched all the way over to the colony of yurts.  So, they got over their grouchy selves and said many thank you’s. 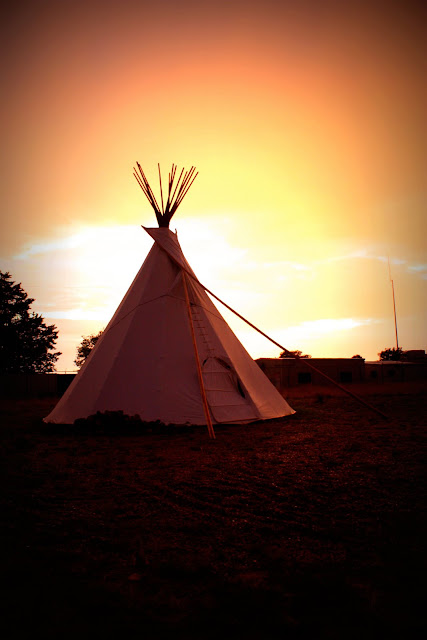 There were skins on the floor encircling a fire pit in the center.  Had it not been raining, we could’ve opened the top wide and lit a fire. 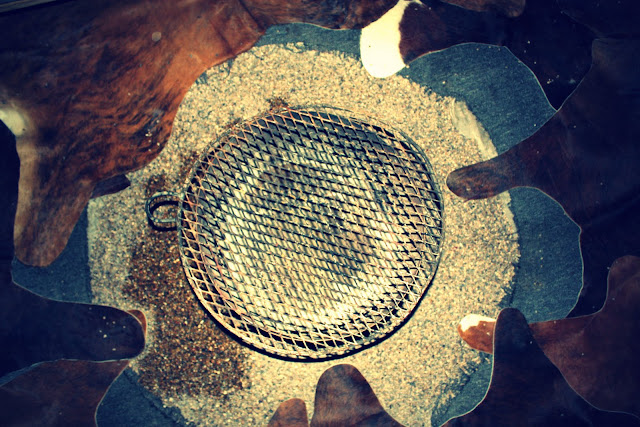 We lay there listening to the rain on the canvas, grateful for this time together.  We’d never had a family vacation like this before.  The kid in me was very satisfied.
I did wake up early enough for one last sunrise photo.

Episode 49: What would normal people do?