Where was I? Oh yeah, Arizona. We left New Mexico through the Lincoln National Forest, so beautiful, seeing Lincoln (of Billy the Kid fame) and Capitan. I had lots of little printed out stories and facts about places we’d see for my children to respectfully sigh and put the nintendos down to listen to. 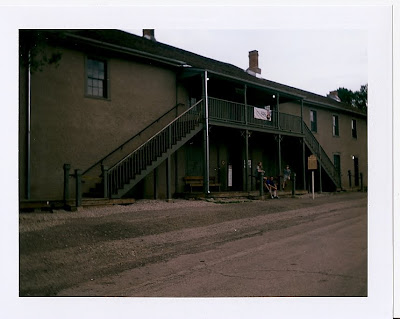 Lesson # 5 Force history on them. It’s good for them. And an offhand story about how Billy the Kid shot two men, escaped the jail, just to hang out with friends a while before going on the lam makes the building they’re posed next to more memorable. 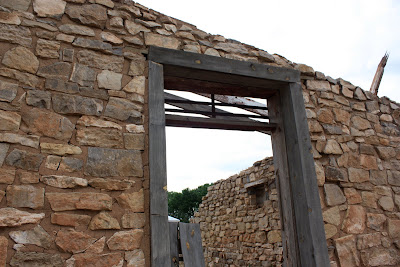 Leaving NM, our goal was tent camping one night at White Sands Missile Range just past Alamogordo. But we just couldn’t get there before dark, so we saw the Giant Pistachio (more of that roadside art), got a hotel room and tried to reorganize the trip to camp there on the way back. It was something I just HAD to do. 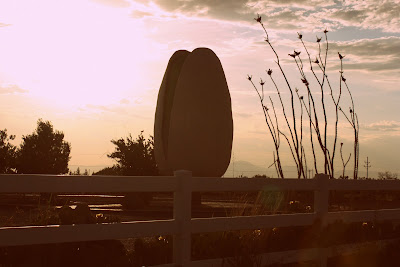 But I was very excited to get to the Painted Desert. It was beautiful and other than some crankiness between my husband and myself, it was really neat to see it all. But I guess I thought we’d be able to just meander all over the place, when really there are designated paths (that are really cool, right in the middle of painted hills), but it definitely felt managed by the Parks Service. 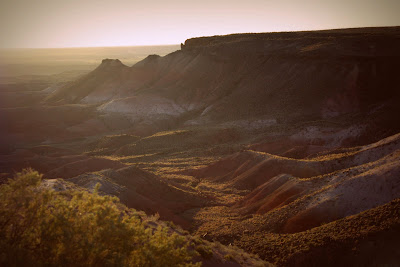 Don’t get me wrong, I love the State and National Parks, but I just pictured myself wandering at will like an Indian on pilgrimage or something. Of course, I guess they have to because so much of the petrified wood is stolen each year. 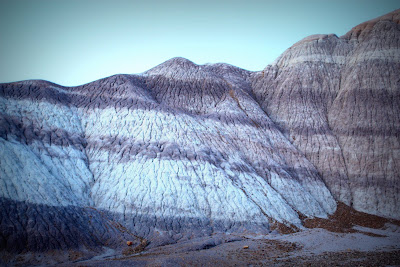 So through the Apache Pass area where Cochise’s guerrilla Apache warriors set out to rid their land of white men and avenge his father-in-law’s gruesome death we drove. I won’t go there. But you can. 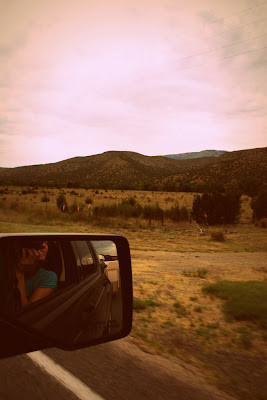 If our family road trip had an unintentional theme I guess it would’ve been Native Tribes and UFOs. But, I’m not really a theme person. 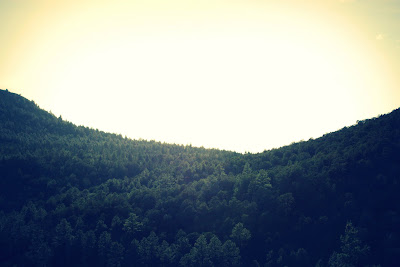 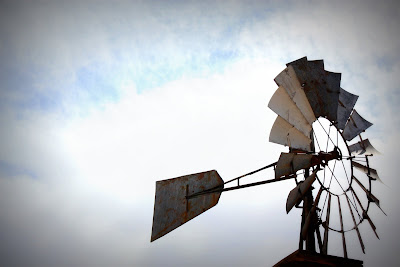 We were surprised by how not-flat Arizona is. There was quite a bit to see. My husband never once nodded off at the wheel. Of course, we are from Texas, and if you’ve ever driven across Texas you know that it doesn’t take much scenery to impress. 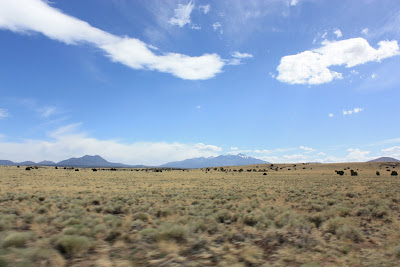 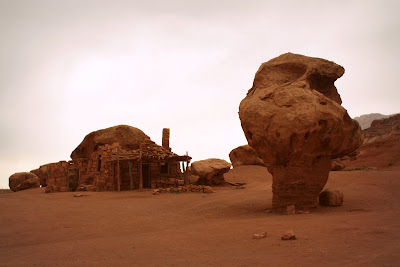 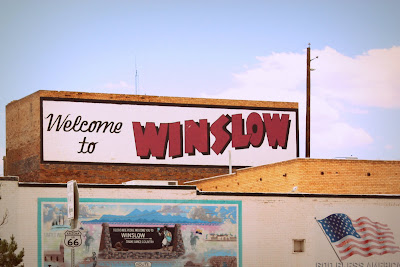 Here I am …”standing on the corner in Winslow , Arizona” After several days of driving, I’m not sure I’m such a fine sight to see. But, we had fun looking at all the people there to do just that too. Who knew? And we did drive down a bit of old Route 66- pretty cool. 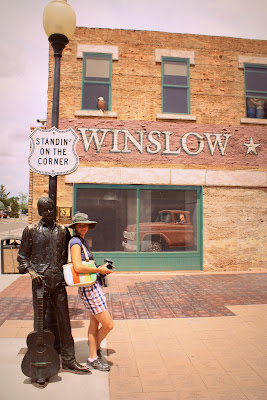 The Barringer meteor crater was my vertigo warm up before the Grand Canyon. The winds were so unusually high (unusual would be the much repeated mantra of this trip), the rim trail was closed. But we got to go in a ways on the skywalk and take pictures. It was big, for sure, but I’m glad we didn’t bother stopping after the Grand Canyon. I enjoyed all the info in the museum about previous meteors in the Soviet Union and such, and the difference between meteors and meteorites, which I forgot instantly. 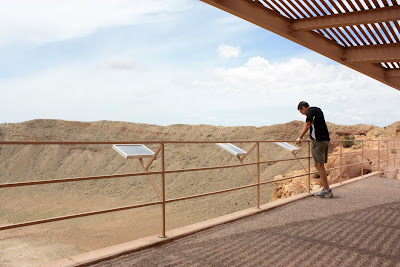 Lesson #7 Plan trip from the least impressive to the most or risk bored, underwhelmed kids.

Stopped to see Lomaki, the free segment of the Wupakti National Monument. It wasn’t far off of the highway and gave the kids a chance to see where some of the ancient Sinagua Indians, then later Navajos lived. Interesting that their farming was succesful due to volcanic soil in cracks surrounding the area, not a lush and watered landscape. 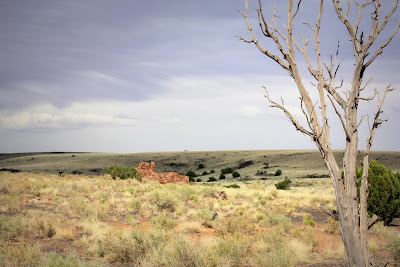 But I really liked it most because I took some of my most favorite ttv photos there (which I’ll post about separately.) Yes, the camera lugging had officially begun. So glad I stayed up past midnight at that hotel cutting a new contraption from foam board while my zombie-like husband handed me strips of duct tape. 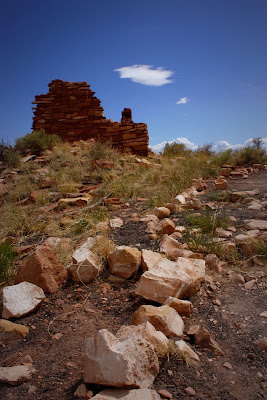 Just before we get to The Canyon, we cross the Navajo Bridge. I don’t know why my husband’s been building this up as the scariest thing for the heights- anxious, but I walked out into the center of the pedestrian bridge anyway. It was unreal. So beautifully carved by water. I was enjoying, not fearing, until my son came running across it to me. Ahhh! Oh well, once he slowed down, I was ok. 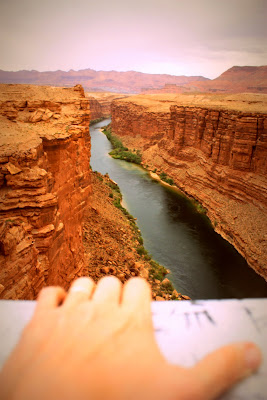 Next stop: The Grand Canyon