I harvested seeds heads a few months ago, put them in paper bags, and carefully avoided them and the mania I knew would ensue if I got started separating them, until last night. 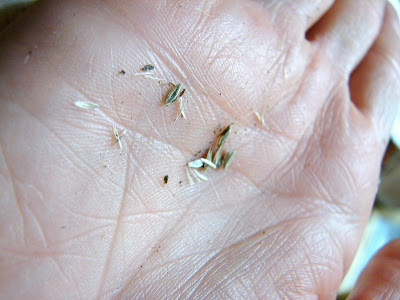 This photo should give anyone considering saving their own seeds pause. Note the microscopic nature of the seeds, not the fact that my hands need lotion. 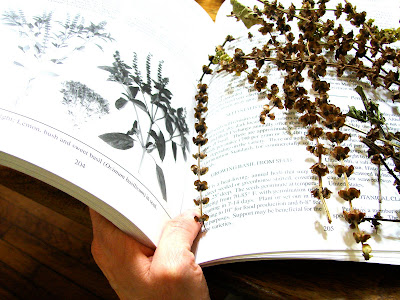 But it was really too late to turn back. I had a super comprehensive book and everything. So I started with the lettuce (up top) and moved to the basil (above.)

Here’s the cheap DIY seed tecnique I learned with basil: Once the little pods are off the stem, roll them around in your fingers until the hull around the seeds were separated. 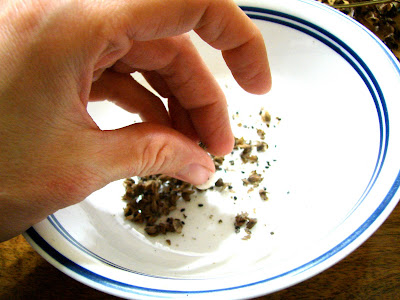 Then tilt the bowl slightly and blow very gently to send the hulls to the top and leave the tiny black seeds at the bottom.
From there I just pressed my fingers against them so they stuck and kind of dusted them off and dropped them in an envelope labeled with the age of the seed and type.

No, it wasn’t a fancy or efficient method, but it only required a bowl, a finger, an envelope, and breath (or, in my husbands case, one third of an exhalation through his nose. You can imagine how we learned this the hard way.) 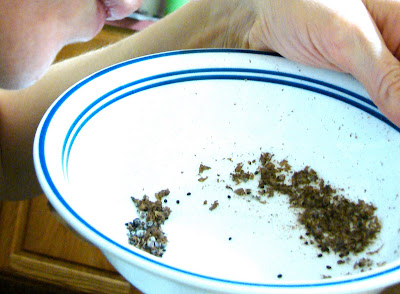 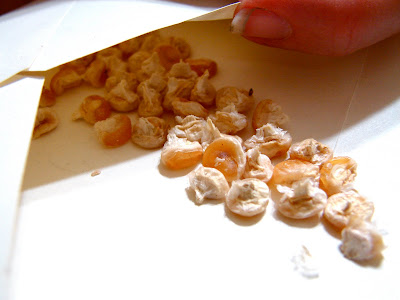 I probably spent over two hours on just the lettuce and basil. And that was like 3 stems of basil. 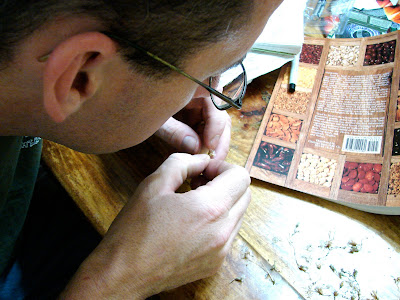 I had a group of helpers that later turned into an intervention. 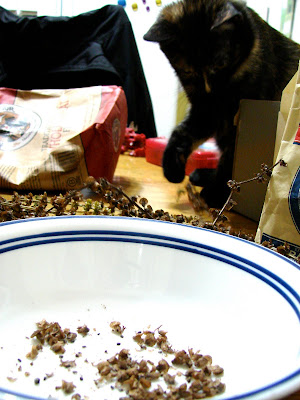 I wanted to quit, I really did. My neck was hurting and my sight failing. Besides I listened to Nashville Skyline all the way through, like five times. But, I set out to save seeds last year when I ordered them and it’s now or never. I was a little obsessed. 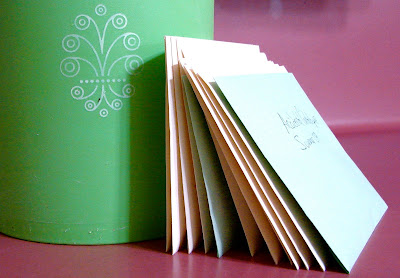 Once I Was Green