Had that cabbage in the garden so I thought I’d try an old fashioned sounding recipe from this book: Corned Beef and Cabbage. I could tell my son was grossed out when I told him what we were having for supper. I explained that the corn was referring to the salt crystals rubbed into the meat when preparing, but only after trying to convince him that we almost named him “Corned Beef.” 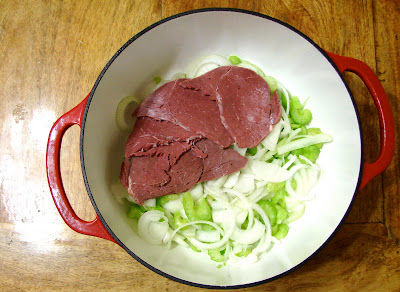 So I sprayed the dutch oven and lined the bottom with sliced onion and celery (another big hit with the kids.)
Then I added a layer of the sliced beef. 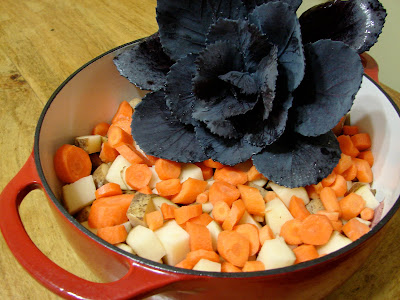 Next came cubed potatoes, sliced carrots, and a layer of cabbage leaves. 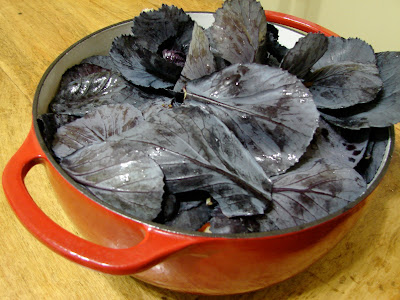 The final layer is the broth/ allspice mixture and a bay leaf, topped with the lid and cooked for 40 minutes.

It wasn’t bad, though the cabbage wasn’t as tender and mild as plain old green. Using allspice was different. I think I’ve had that spice bottle since my wedding shower. All in all, it was a good meal, but my kids are definitely sick of potatoes and carrots. I had to force little Corned Beef to choke down three carrots and gave him a pass on the potatoes.

So, I guess tonight it’s hotdogs.

Road Tripping, Part 2: Arizona (Everything to See Before the Grand Canyon)