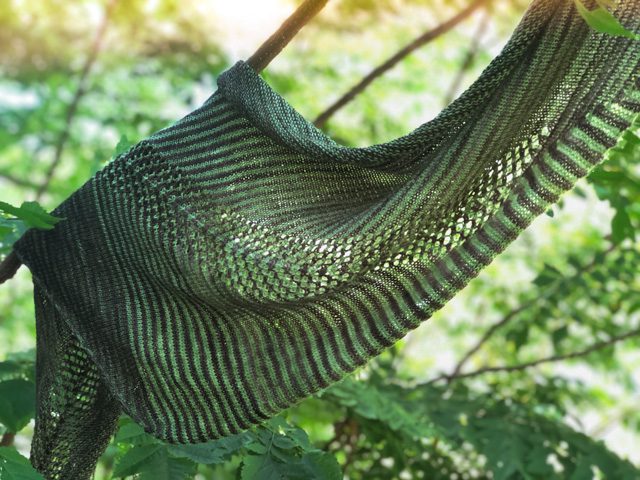 The first part of this post was written when I finished Pippen, back in the summer of 2020. I started again in Feb of this year, and am finally posting it in June of 2022. Sorry to say there won’t be any deeper insights acquired over the two years since it was bound off. There’s also the fact that this has become mostly a knitting and craft related blog with ever lighter topics. More on that later. And by “later” I mean in two years. Sigh.

This is Pippen, my beautiful, earthy shawl from 2020. I test knit it for Tamy Gore, of Narrow Path Designs, who is one of my favorite…everythings! She’s an incredibly talented designer, has a sweet, beautiful presence online, and is a friend. Meeting people like Tamy is one of the reasons I still use social media. All the fuss of ads and endless scrolling are worth it to find kindred spirits.

I did talk about my Pippen in my Episode 49: What Would Normal People Do?  That was right before the LoveYour Neighbor MAL began. I let Pippen be my entry into that instagram event. I was going to knit it anyway, but it was a tangible thing I could post in photos as we talked about loving people around us and what that can look like. It was a small make-along but meaningful for me. I, along with the other participants, felt encouraged to keep loving. Tamy completely surprised me by reaching out and asking if she could donate patterns as a giveaway prize. Her offer was generous and unexpected, but her desire to extend the love God has shown her to other people didn’t surprise me at all. Like I said, she’s a beautiful person.

I was enamored with the way Tamy’s sample used two lower contrast gradient skeins from Knit Circus Yarn (the Silly Old Bear and A Rose by Any Other Name colorways) to create stripes that moved from light to dark, while alternating between the two gradient colorways. It was a lovely double ombré effect in soft gold and orange- colors that seem to be among Tamy’s favorites. I decided to use stash I already had, which is what I need to be doing right now.

I had a green gradient mini set from Blueberry ChickYarn on Etsy, but finding a contrast color was a challenge. Part of what I loved about Tamy’s shawl was the lower contrast of her color choices. I wanted to mimic that with yarn I owned, in some of my favorite colors. So I dug around in my stash until I found some skeins in brownish greys that I loved the idea of using with green. This homemade gradient started with KnitPicks Hawthorne Silverton, a color that can go grey, brown, or slightly plum depending on what you pair it with. Then I moved into a one-of-a-kind Madelinetosh BFL Light brown/ grey that vacillates between the darker and lighter Hawthorne yarn colors. This gradient would finish with Hawthorne’s Grants Pass, which is a rich brown/ grey tonal that has hints of darker plum that can be seen when it’s next to the other two colors. I not only achieved the low contrast look I wanted in gradients, but I was able to use one of my favorite color pairings: Silverton and Grants Pass. And I used stash!

I don’t remember making a magic cake of yarn with the gradient mini set, but these photos tell me I did. I’m sure that made dealing with all the loose ends and little balls of yarn in my bag much easier. Making a magic cake means you can’t control where one gradient color ends and the next begins in the pattern. I like that randomness. Due to the overall slow color progression in this shawl, it isn’t even visible. I wouldn’t have minded if it was. I do remember using a magic cake for Tamy’s Color Craze. That’s another striped, beautifully graphic shawl that works so well with scrap yarn.

Here’s a tutorial on making a magic cake using the magic knot method of joining the yarns. I have recently learned another join from Dawn Barker to use on her Jawbreaker sweater (It is included in the pattern.) and it is pretty much seamless. I will be trying it on future scrap projects like this.

Back to my Pippen. I knew the gradient set that I’d wound into a magic cake would be changing colors more often than the other because there were 5 colorways in it and only 3 in my neutral set. I thought I would just eye the shawl and switched the grey yarns when it seemed best. After a false start, I decided to start the pattern with the darkest colors of each set first, since they were my favorites, to ensure I would get to use plenty of them before the pattern’s end. I don’t even think I dipped into the last of the green gradient colors- maybe just a bit. I am so pleased with the result.

Details: I used US size 3 needles and a gradient mini skein set from Blueberry Chick Yarn in 5 shades of avocado paired with a homemade gradient of Knit Picks Hawthorne colors and a skein of OOAK Madelinetosh BFL Light in a light grey- brown.

I started with the darker colors of each gradient and worked through to the lightest. I don’t remember having any problems or questions about the pattern. It seems like I was a little worried that the edge would curl because the shawl is knit in stockinette, but that was never an issue. And those woodsy colors were the soothing thing I needed at the time.

My next knit from Tamy? I’m torn between the graphic elements of Kiely Swoncho and her Cedar Brook pullover. I think her graphic use of color in designs like these and Milu are what first drew me to her projects. The first one I remember finding was Winter Rye and I still think about that one. It’s a biggie, but it is knit in worsted so it would not take all that long to make if I had yarn ready for it. The fact that I keep thinking about it is probably a sign that I need to find the right yarn and cast on.

What I do have yarn to make, right this second, is Blue Willow. I wanted to get a little out of my comfort zone with color and knit it in yellow stash. Warm golds and oranges are the norm for Tamy’s samples, though this one is in a pale blue, and she inspires me. Also, that fringe is kind of irresistible. I also have some Berroco Remix Light for her Speckles and Spice short sleeved sweater tee (another sample in bright, warm colors). I love all of the wool versions of this, but I will never put wool over my head in the Texas heat, so Remix is a great option.

Have you considered making a magic cake of your gradients or scraps and letting the colors change where and when they will? It’s a good exercise for the perfectionist, to practice acceptance- not that I am a perfectionist.

Also my blog post on the Color Craze Shawl with links to everywhere I talked about Color Craze.

Mrs. Vanderbilt Didn’t Prepare Us for This