Skip to content
I wanted a happy Beatnik.  So far, so good.  This is an acrylic/ wool blend that I wasn’t sure about using but it was the only brightly colored yarn the hobby store had enough of, plus it will make this sweater cost about $16 when finished, so I went with it.   It is mustard.  But don’t think of it as the mustard colored polyester pantsuits your parents wore in the seventies.  Think picnics, lunch boxes, the corner deli, and the extra big box of crayons with all of the cool colors; that kind of mustard. 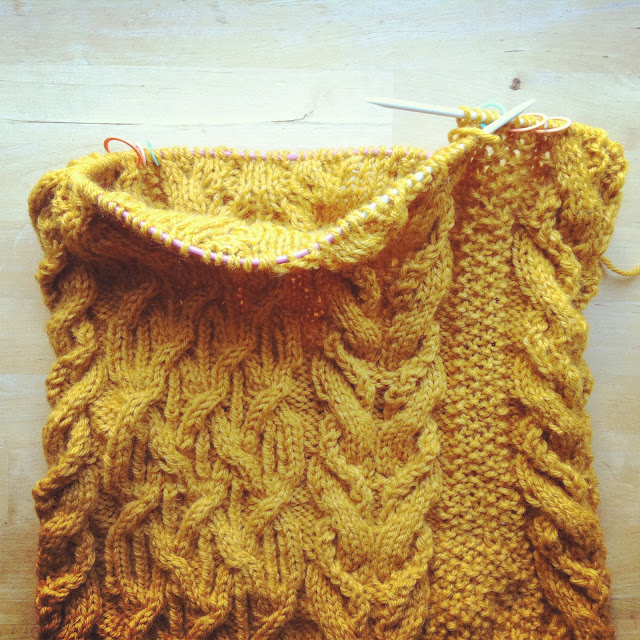 I decided to work this in the round since it was already going to be enough of a challenge to knit and I didn’t want to worry about seaming.
It is slow going with these cables, but really satisfying to watch it grow.  My cat doesn’t like the color.  She has attacked it several times, as if in fear; but I think it brightens the room and like it.
My only snags were a few times that I realized my cables looked wacky.  I had cabled to the back instead of the front.  It was very obvious and far down in the sweater.  (This is what happens when you watch Lost on Netflix while cabling.)  I usually just un- knit back to the place where I made the mistake, but I knew I could never unknit my way around this pattern without losing my mind.  Besides, there was really no need to.
I decided to unknit just the messed up section of stitches and leave the rest on my circulars.
I isolated the group of stitches where I found the mistake and followed them all the way up to the working needles.  Then I took just those few stitches off of the needles. 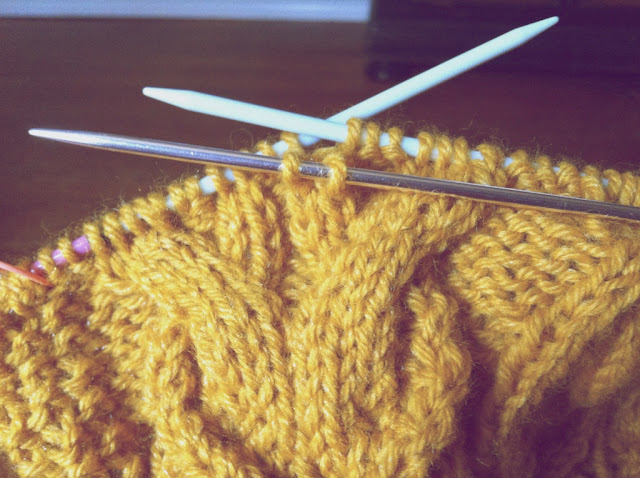 I began undoing the stitches from the top working down row after row until I came to the row beneath the one where I made a mistake and placed them on a slightly smaller sized needle. 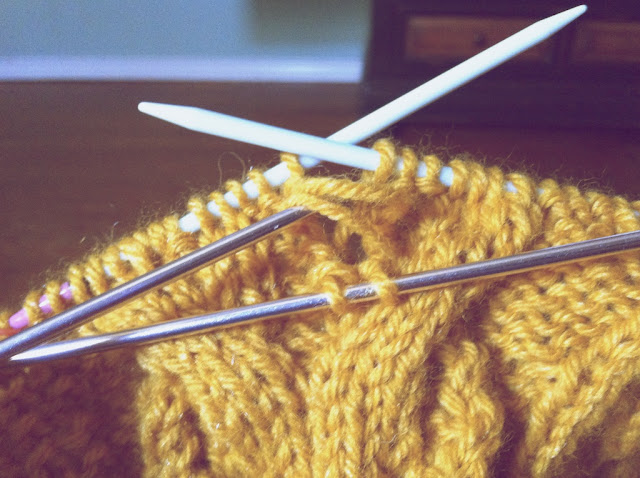 Using the smaller needles, I begin re-knitting the offending stitches following my cable pattern one row at a time until I was back to the top of my work. 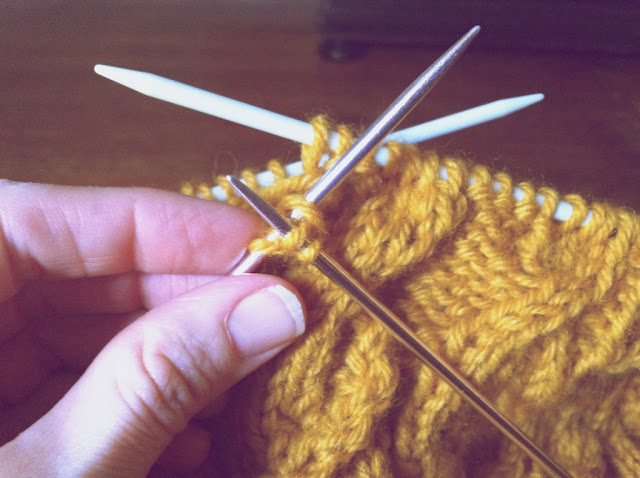 Good as new.  I didn’t lose my mind or relegate myself to wearing a wacky looking sweater,  unless you consider mustard wacky.
More about it on my Ravelry or Flickr.

Making Guthrie while listening to Guthrie