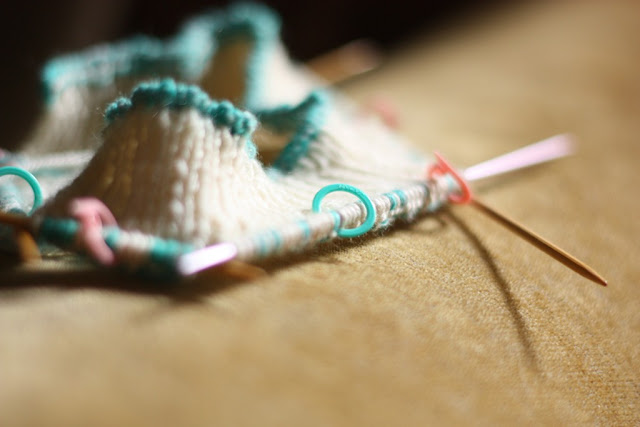 (on my Flickr and my Ravelry)
I’m learning.  The first eight- leafed rose to be knit in Selbu style using very fine, un-dyed yarn from black sheep on a stark background of white was made by a young girl named Marit in 1857.   Apparently this motif on her mittens caused such a stir one Sunday at church that several women asked later if she would teach them her technique.  The design caught on in the community, as they were all capable knitters, and has come to symbolize the city of Selbu and all of Norway.   It is one of the most popular motifs of Norway. 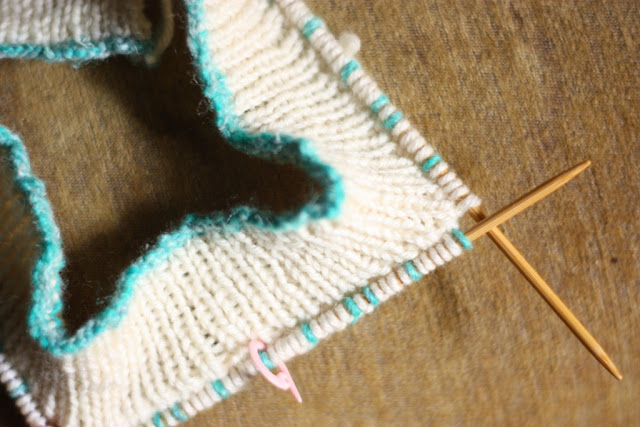 A few rows into the motif of the Selbu Modern hat I understood the popularity of the style.  The yarn changes keep it interesting, and the pops of color on white are really satisfying to look at.  I really like that the contrasting color for mine is a skein of Noro Silk Garden sock yarn and gradually changes in shade from bottom to top as my hat takes shape.   I’m not even doing the rose pattern here, hence the Modern in the pattern name.  But, it’s giving me a taste for the more intricate selburose. 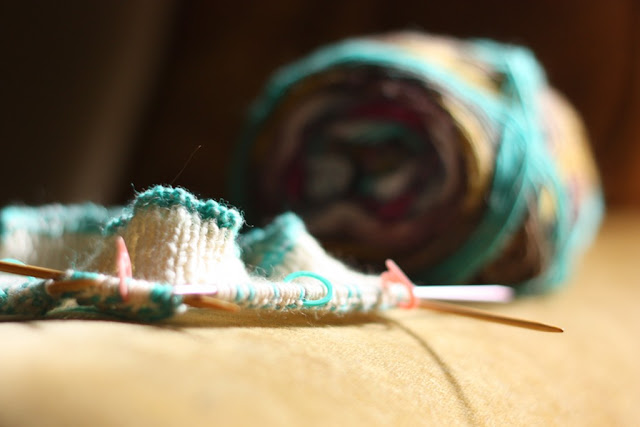 As I clicked through info on the selburose, I find that it’s referred to as a rose, Norwegian snowflake, secret rose, cross for protection against evil, and even a moon goddess star used as a talisman.   Though there may be disagreement on the origin of the petal-like symbol in the human psyche, there’s no doubt about the origin of the black and white knitting style.  I like that something so standard today can be traced back to one little girl knitting up mittens over a century ago. 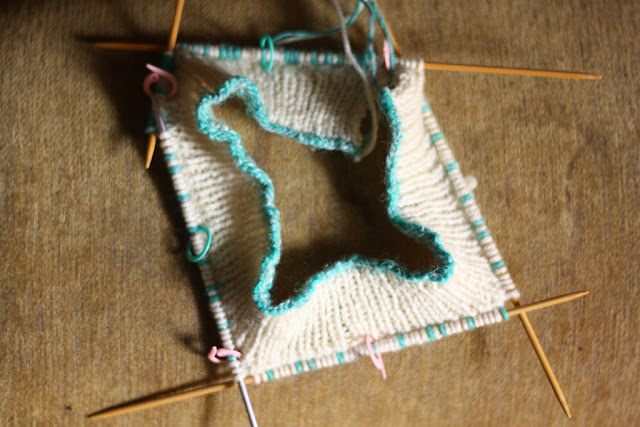 More traditional Selbu patterns can be found in Selbuvotter by Terri Shea and her Ravelry group.

Misc. Vacation Photos and the Terribly Deep Thoughts They Inspire