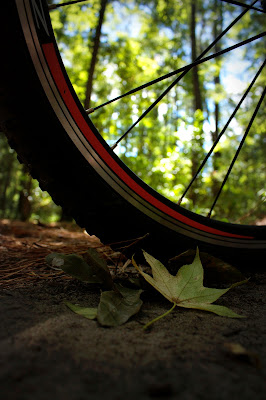 We took the kids trail riding over the weekend, squeezing the last few drops out of a thoroughly used up summer with an equally squeezed pocketbook. 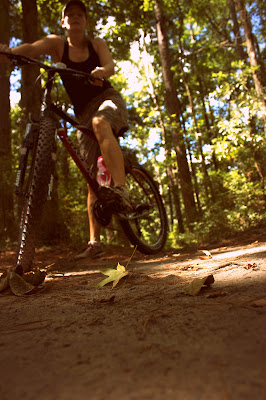 So, we loaded up the truck in the rain, threw some food in a laundry basket, forgot pots and pans, and set out with our bikes (Three of which my father had found in trash piles on the side of the road. He’s into cheap stuff too) hooked up to a homemade rack. 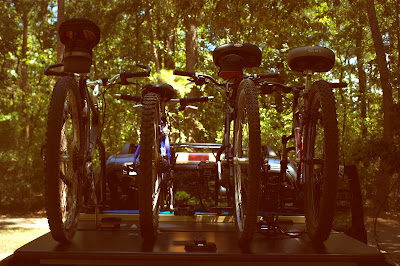 We chose a campground with an easy trail because I’m not a big fan of scary drops, but that was full of twists, turns, up, and downs so we thought they could do it and might (crossed our fingers) even like it. 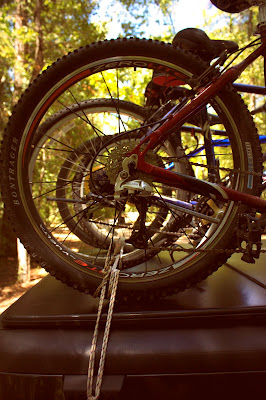 The trail was only 8 miles long, but the look on the kids faces half way through gave it the feel of a death march, so we cut it short and made hot dogs. 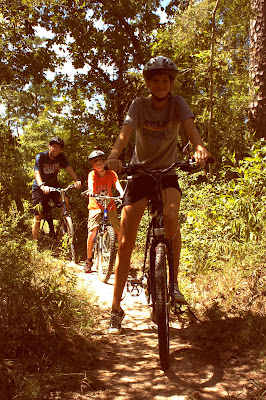 Their attitudes were getting to me. I mean how many dance recitals have I watched, helped with, and even (urgh!) performed in for my daughter? And then there’s the soccer field and taekwondo studio I lived at for a couple of years during my son’s practices. I told them this trip and that very fun vacation we took them on were the only things of “ours” that we’d asked them to try and enjoy with us. Was that so much, especially after their dad fixed our bikes as good as new? 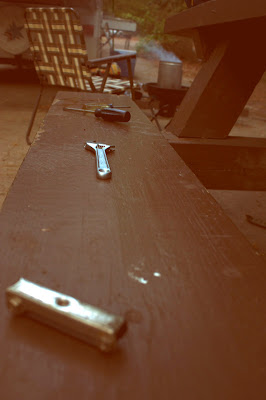 After lunch they soothed themselves with cheetos and nutella (?) So, my husband and I sneaked off to do the trail, fast, by ourselves. It was fun, slightly jarring, bonding. And it gave me time to think about something his aunt had said about how her teenage son complained through a camping trip to Civil War sites one summer, but now is quick to admit that it was the best trip he ever took.

By the time we got back they felt better and apologized for being grumpy. We felt better too and were all ready to cool off in the lake. 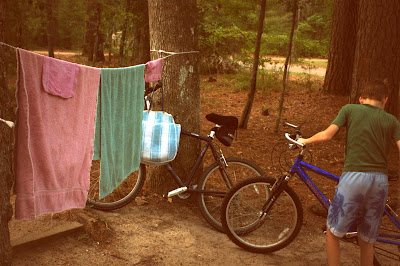 We gave it one more try the next day. We planned to just let them finish the part of the trail they didn’t do the next day ( a very downhill part.) They did great and I’m sure I saw a little pride in my son’s exression when he later talked about it. 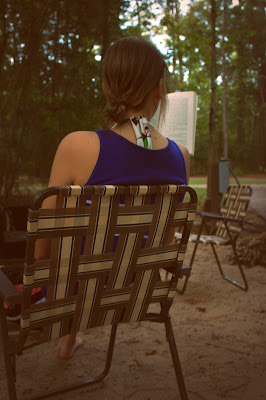 I have to believe they like this on some level. And that they need it too. This is family life, sans technology, condensed down to the bare essentials: us, a small camper, a huge forest, lots of food, and no utensils to cook with.

The Bulky Easy One or Blogmas Day 1