Has anyone heard this?

I was in line at Barnes and Noble with more than I planned to buy, of course, the other day when I noticed a new Natalie Merchant album by the checkout. A double album, actually. I had listened to 10,000 Maniacs when I was younger, but haven’t even heard a song from last 3 albums, so I made a mental note to check it out online and see if my Natalie impersonation was still right on.

It’s sort of a cross between Tracy Chapman and a regular person who’s just swallowed a glass of milk and still has a little bubble of it in the back of their throat but trying to belt out a song anyway.

Strangely, I think the sound was what originally drew me to 10,000 Maniacs as a girl. I liked imperfect female voices. Wonder why? She did sound like a real person and the lyrics were just a bit more challenging than Power Station, so in my little town where I didn’t know about any music unless it was in the Columbia House catalog, this was a breath of fresh air. 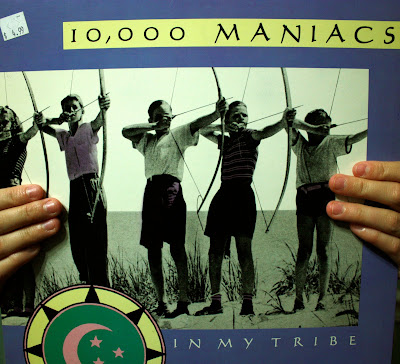 A sample of said challenging lyrics:
“Lineage closed, dissolved in its birth. Tragedy prelude a balance. It’s a synergy of reason, malicious hope as techno atrocities elapse their effects; but associate these ends, their clarity demands your revenge. Please compensate and not deny.”

No one would argue that there is definitely something challenged about that.

You want to know the sad truth? I wrote those from memory. No, I never sang them with soulful vigor, pretending to understand whatever issue they were bringing “awareness” to, but the pretentious “mad lib” aspect of it compelled me to read it out loud to people so many times that it’s now permanently wedged in my subconscious. This is another aspect of having too much time on your hands. When you trade worst lyrics with people (imagine that song pitted against something from Nursery Cryme) Or when you cover songs from completely different genres of music in the Natalie Merchant voice. Or Cher.. or Elton John…or an unholy combination of milk bubble voices.

Anyway it will probably take hypnosis… 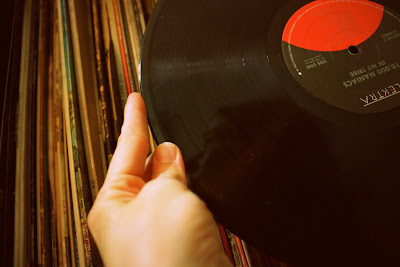 But, I liked her. She was like a cheesy friend that said things that made you cringe, but you still like hanging around them. Plus, her albums always had one or two songs I really liked a lot on them and they’d never have to be censored when my daughter was little.

Anyway, I looked up the new one on Grooveshark, poised on the edge of my computer chair ready for the first line of the first song to end in a drawn out sort of wail that bends flat, but it didn’t really. At least not the few I listened to.

I kind of liked it until I heard the wild Indian beats and voices of the next song. I thought, “Oh, she’s gone too far,” but realized the player had reverted back to a Slumdog Millionaire song I’d listened to earlier, so I closed my jaw and listened some more.

The album is based on various poems for children that she read to her daughter and is backed by a lot of traditional sounding songs that she wrote. Nothing I heard grated. But I might have bought it even if some of it did. Nostalgia controls me so.

So, I’ll probably get it. My husband will tolerate it. My brother would mock it. My kids will love to hate it. And my impersonation will only get better.