She “goes to bed wi’ th’ sun,
And with him rises weeping.’ – Shakespeare, The Winter’s Tale 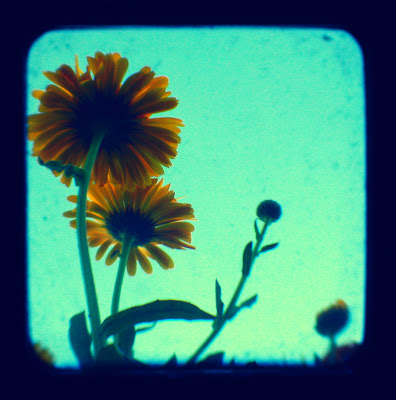 It does seem to be craning to look at the sun for guidance through the day.
The name Calendula came from it’s tendency to bloom with the calendar (each new moon.)

Once it’s petals and leaves were used to cure sore throats, rub on bee stings, inhaled to induce sneezing, rubbed in lotions on sprains, boiled in broths to strengthen the heart, and distilled to treat sore eyes. (One herbalist, Macer, declared just looking at they’re sunny color would draw evil humours out of the head and strengthen eyesight.) 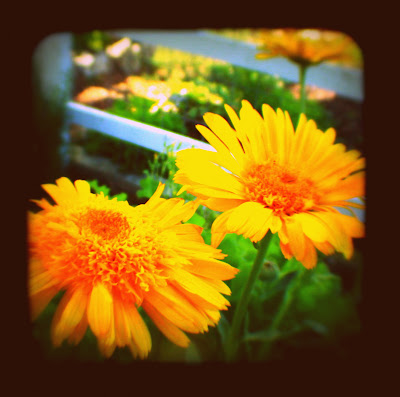 A dye could be made by boiling the petals down, which Eleanour Sinclair Rohde said some would use to color their hair when discontent with the color God gave them. (Harsh)
Then there was the claim that an amulet of marigold leaves, bay leaf, and a wolf’s tooth would cause all who spoke to the wearer to be kind. 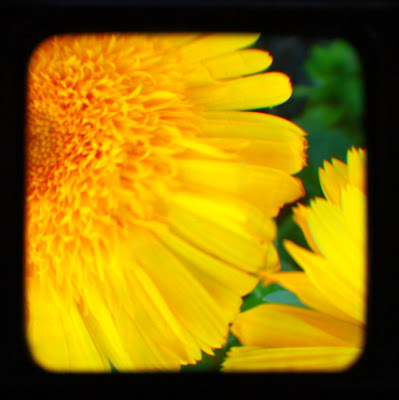 I planted a patch last summer to use the petals in my soap (it really does have antiseptic and immunostimulant properties) and loved the idea of such a useful beauty. But, alas, it became a sad little caterpillar farm. 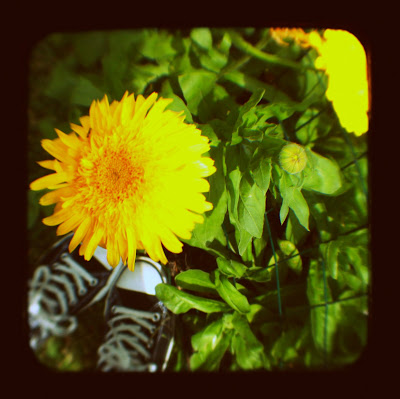 But the the good thing about planting heirlooms, is that they will reseed and come back stronger than before. And they have. Yippee, I’m not a failure!
Now, where did I put my wolves’ teeth.

It’s Not Black and White

The Bulky Easy One or Blogmas Day 1