Sequoia is the forest of my dreams.  I’d read about The Big Woods and the Light in the Forest as a girl, but the only image I could contribute was the small patch of woods behind the elementary school.  To us it was a forest and was the place we headed after school to run and play- our little Terabithia. 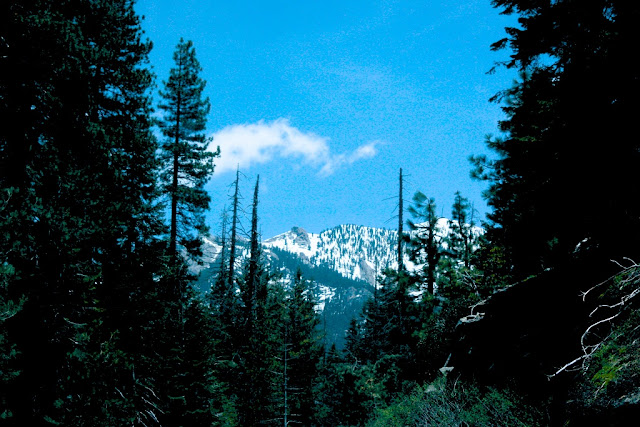 But Sequoia… that was the way I imagined a forest should be.
So you can prepare yourself for a lot of photos. 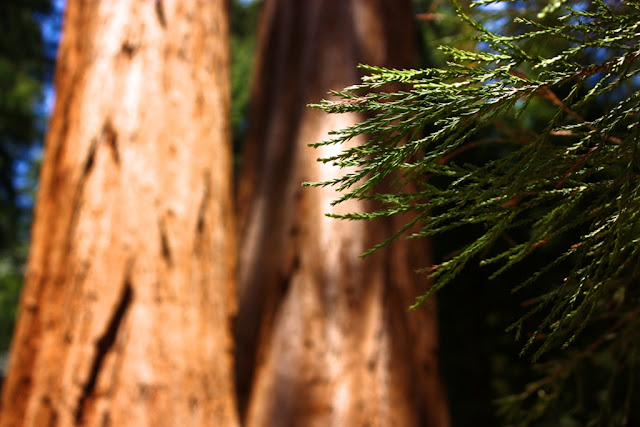 As a girl, I saw a photo of people holding hands, encircling one of the big trees.  I was so amazed at it’s girth.  Walking among them, we saw hollowed out insides big enough to be a hideout and felt the soft bark give under pressure. My imagination didn’t include fences to separate tourists from the more famous of the trees: General Sherman and others in The Giant Forest.  But it was okay, because if we just headed down the trails, the fences dropped off, then, the paved path eventually did too and we were in a vast forest on a trail.  As it turns out, the less frequented trails aren’t marked so well and we ended up somewhere around Wolverton Trail.  That was okay because they were all beautifully green and cool with patches of snow still on the ground and lots of new streams recently formed by the melt. 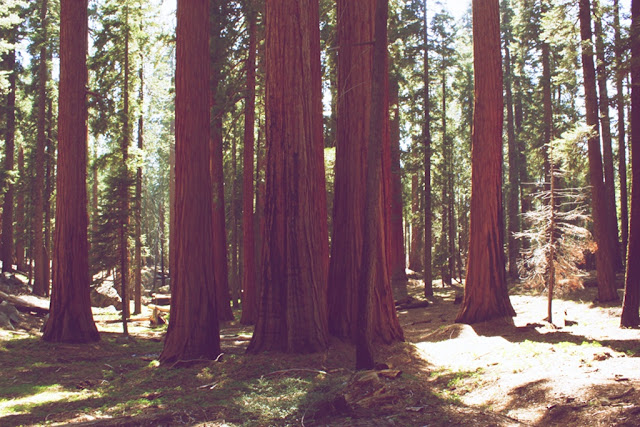 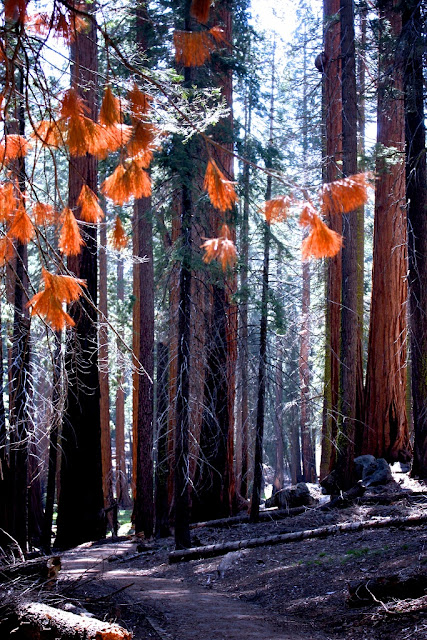 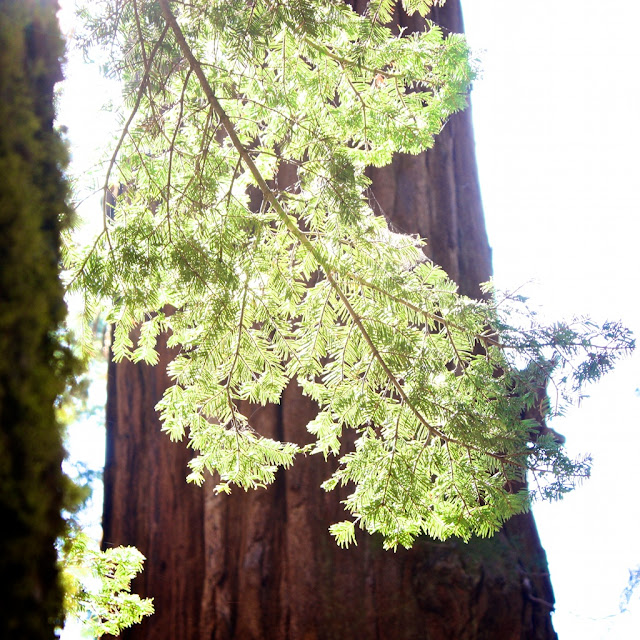 We did drive to the short hike to the top of Moro Rock, but I just couldn’t go all the way up.  I don’t know if it was the stairs that weirded me out or the openness at the top (flashbacks of Angel’s Landing), but I stopped before the last twist and shot the next few photos from there. 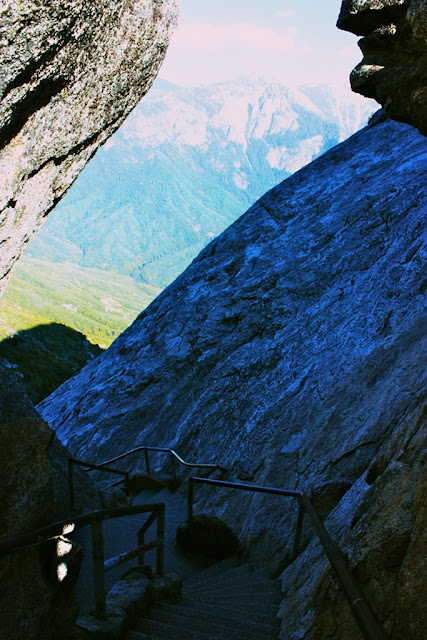 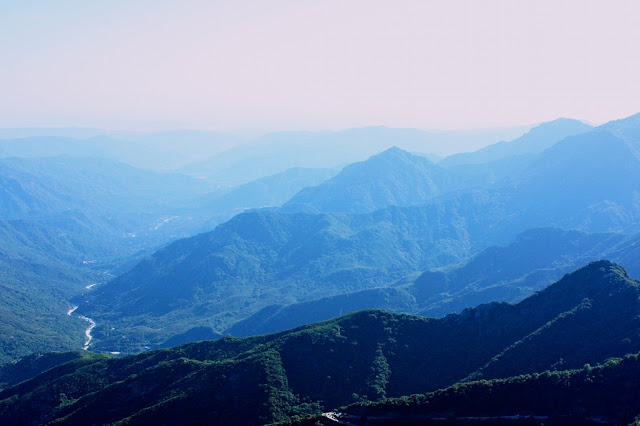 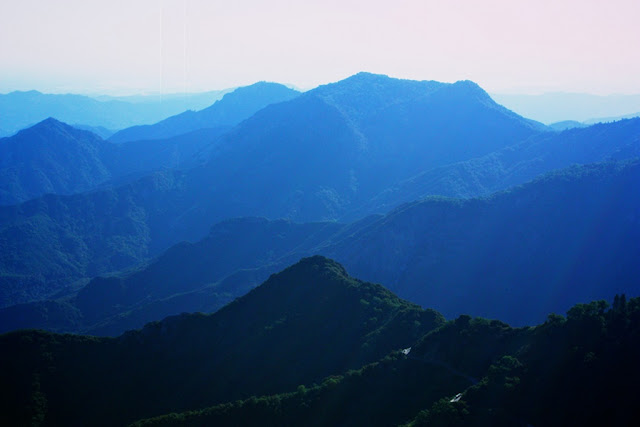 Our Second day in the park was the only real hiking we did (to me, anyway.)  We took the Marble Falls Fork Trail and it was steep. Adam was surprised this didn’t bother me as it was very high, but I couldn’t explain the workings of my brain.  It’s not a predictable fear and I don’t always know what will trigger it. 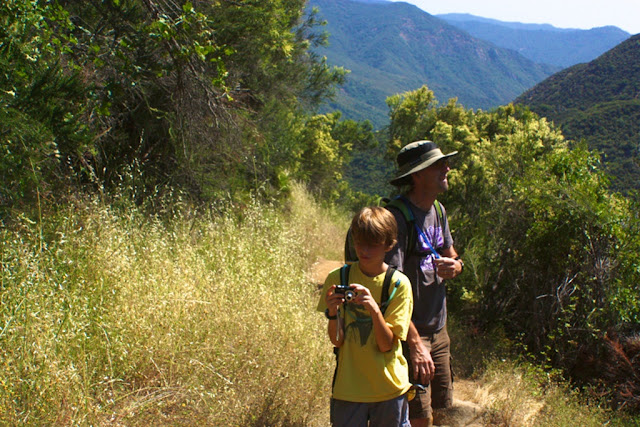 Only for one moment did I let my guard down and shuffle forward without scanning as my daughter grabbed onto my pack and hung from it, tired and complaining.  She later told me that when she saw the rattlesnake under my foot- as in his head under my foot- she saw it, freaked, and pushed off of me.  He was between us and only threatened us with his rattle for a moment before slithering away, but that was all it took for the kids to suddenly become very serious about watching for snakes.  Though it’s ironic that the one person being cautious was the one to step on one (four steps of weakness…sigh),  all I could do was thank God  that my daughter wasn’t struck.  Lesson learned. We did reach the falls and were amazed by the power of them.  The crashing water was so loud, we had to yell to be heard.  It was a great trail with five hours of continuously alternating patches of hot sun on our backs then cool shade from trees and brush. 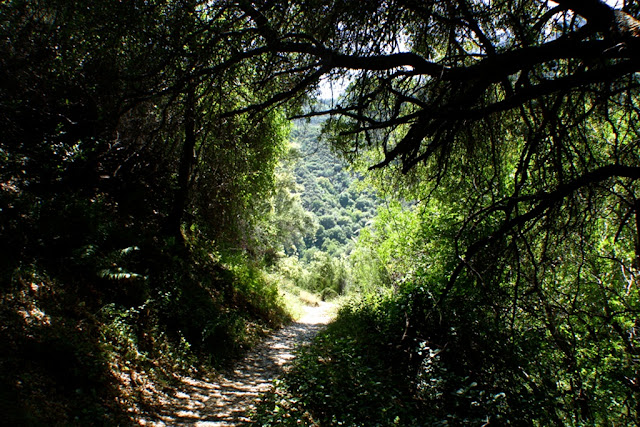 Near the falls we were rewarded with cool mist as we hiked. There were little white flowers with a thick, heady scent and breathtaking views of the mountains around us.  I sound like a park pamphlet or something- but it was! 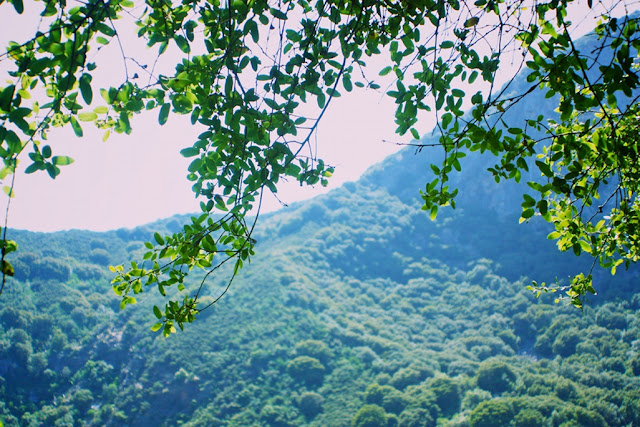 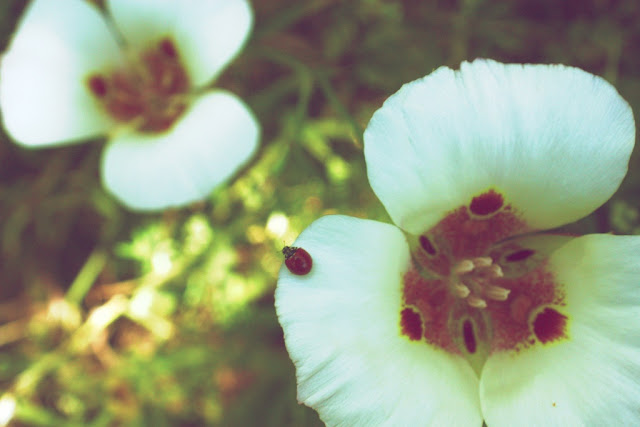 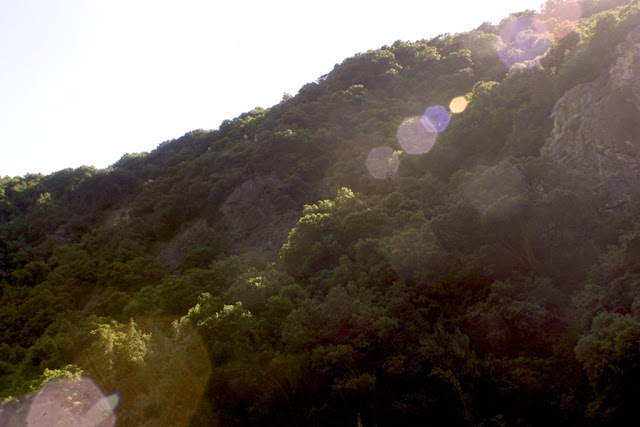 When we made it back to the campground we were ready to soak our feet until they were numb in the icy water of the Kaweah. 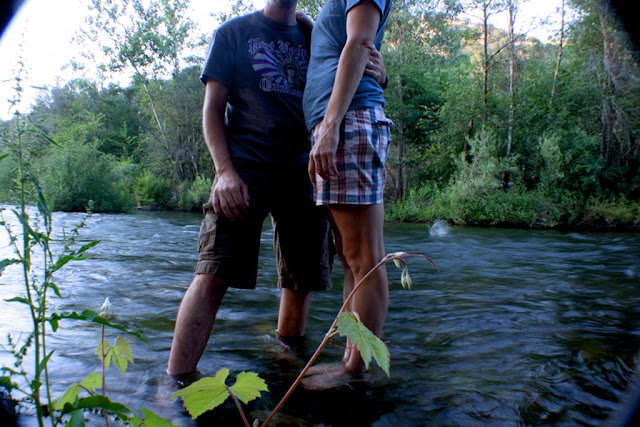