Skip to content
This is an old friend of mine.
No, not the gnome; the fern, silly.
It’s a fluffly ruffle fern, I think.  It’s been with me through 10 years of moves, hurricanes, and freezes.  It came from a much divided plant passed between family members since my great grandmother’s funeral (25 years ago) when I was a girl. 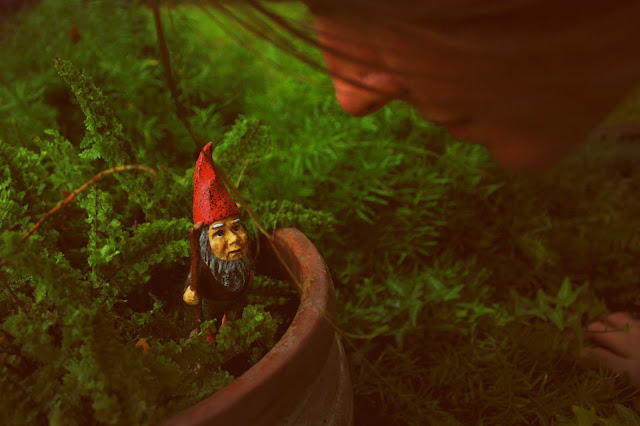 It’s the oldest in a collection of succulents, ivy, hibiscus, mother-in-laws- tongue, or fern that have either been passed to me by my grandmother or that I’ve nurtured along and passed to her in the last 17 years.  Sometimes they bounce back and forth, like my Ivy from the house on North Street, of which one of us always has an extra pot or two to share after a hard freeze.

They’re part of the family now.  Many have been fed, watered, coaxed to grow, and treated for disease longer than my children have been alive.  You can’t tend something that long and not feel like a mother tucking the kids in when covering them with a sheet on a frosty night.   Like children, they’ve responded differently to each environment we’ve moved to.  Some have dwarfed and some have flowered after a decade of nothing.

This is why I feel sick when it’s time to repot and they must be thinned. 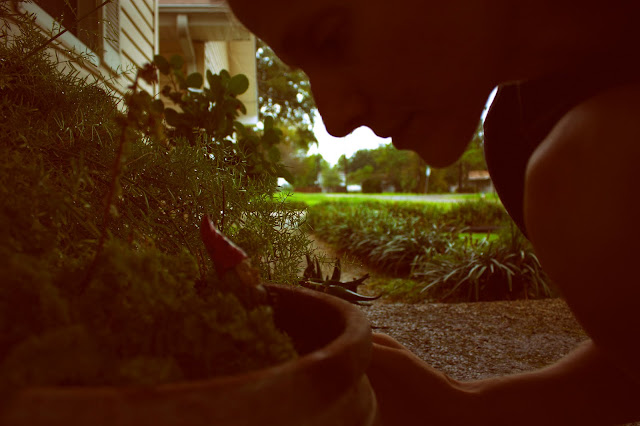 We joke that I can hear the discarded plant bits screaming from the trash heap, but I don’t really think it’s funny.  That’s why I try to push them off on friends or hastily stick them in some patch of dirt in the yard and leave it to God to decide if they live or die.

Sounds a little intense as I reread.  Oh well, at least I wasn’t talking about the gnome.

Episode 14: Running the Gamut of Topics