This is just the Cliff Notes on our first road trip with the pop up. I’ll upload my favorite polaroids and ttvs later.
Well, we had fun, were duly amazed, and got educated too.

First stop my husband’s soft- spoken paternal grandmother in west Texas. Many things have changed for her in the last couple of years but we were blessed to be able to spend time with her and talk campers. 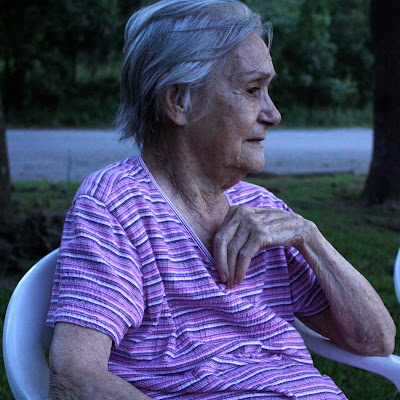 We went on to Bottomless Lakes State Park in New Mexico. Kind of dreamlike to drive and drive New Mexico’s prairie and suddenly as we top a hill, we see the lakes. Truly an oasis. I like waking at sunrise in a new place. 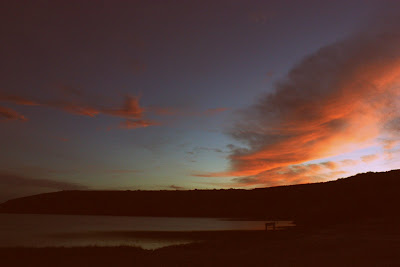 Today we planned to see Carlsbad Caverns, but saved a little time in the morning for a paddle boat ride and swimming. 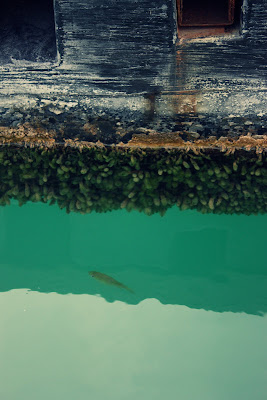 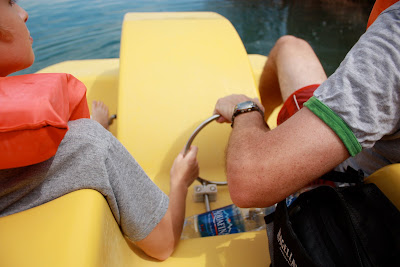 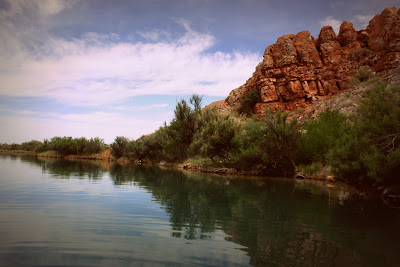 At Carlsbad, we did the whole tour of the King’s Palace and they turned out the lights and everything so we could experience total darkness. I wanted to ask our ranger guide how this compared with the darkness of mankind’s soul, but I refrained.

He did a good job of educating us on how JimWhite (always said as one word- sort of like BobDole) discovered the caves as a 16 year old boy and explored them alone without telling anyone. Pretty adventuresome boy, taking the chance of his lantern going out down in that maze (and it did.) 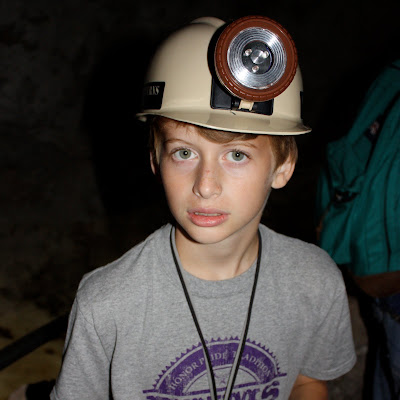 Bring a jacket and save the desperate sweatshirt purchase money for a headlamp- isn’t he cute? 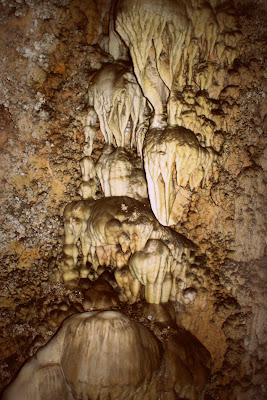 The formations and columns are so otherworldly. I had no idea Carlsbad was so HUGE (said in “Tiny Elvis” voice) 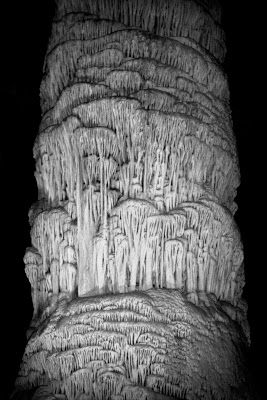 We ditched the Carlsbad traffic for a quick walk in Walnut Canyon by the highway. Pretty. 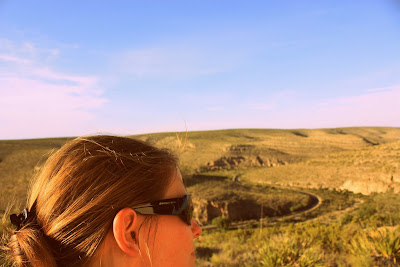 Carlsbad happens to be home of one of the 400 or so Drive In movie theaters in the US: Fiesta Drive In. It was the only destination we arrived on time at the whole trip. Figures.

I haven’t been to a drive in since I was 5. That was Star Wars, my first and, until now, my only drive in.

Iron Man 2 doesn’t quite compete with my first show, but it was fun for us (well, not so much for my daughter, who sat in the back.) $15 for all of us. And this time it’s ok to bring your own food in. 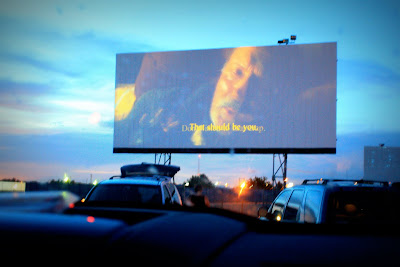 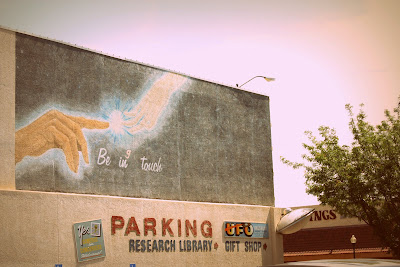 Roswell, NM.
This is just the coolest for any X-files fan or amateur conspiracy theorist out there.

I walked through the UFO museum (too slowly for my kids and husband.) I don’t think it was sophisticated enough for them. It’s a UFO museum for crying out loud! The fact that it was a collection of peg board cubicles makes it even better. 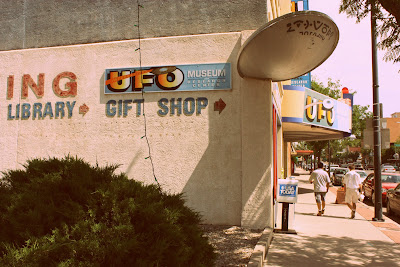 Besides, now we’re all prepared for the next time we see an alien or are abducted.

Actually, I think something was covered up. But it’s a little hard to ponder seriously on a family vacay. 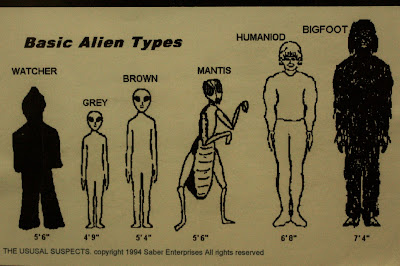 Then I immersed myself in the kitsch. 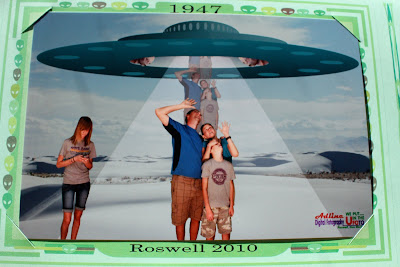 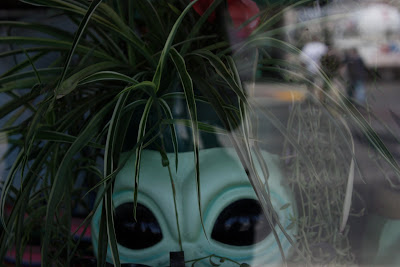 What I learned in Texas-New Mexico:
1: Don’t overlook the fun Roadside America element of a car trip.

2: On at least one vacation indulge your inner child. (In my case we made sci-fi/ Native American detours because “I always wanted to see…”)

3. Let your younger children skim at UFO museums, especially if your oldest child had an unnatural fear of a comet hitting your house for a few years of their early childhood.

4. Get dibs on the front seat when you go to the drive in or pull in backward and lower the tailgate.

A Girl in the Garden

Go! and So She Did