Skip to content
This time we went all the way there.
If it weren’t for giant sequoia trees, I probably wouldn’t have wanted to see California.  For some reason it always brought Hollywood excess, Arnold, and judgement day earthquakes to mind.   I’m glad those trees were calling to us because I think we needed to see it.
The first day was the rest of Texas to El Paso. 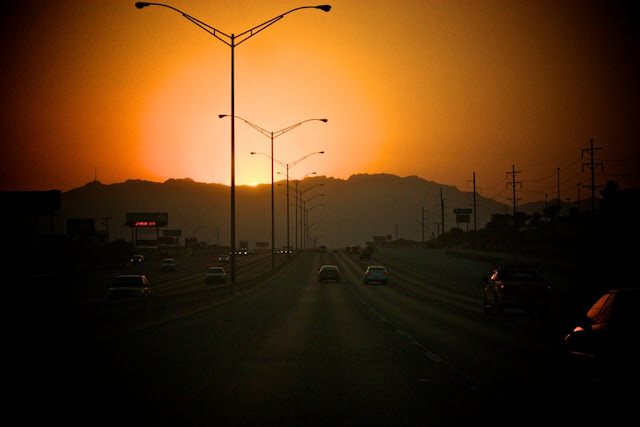 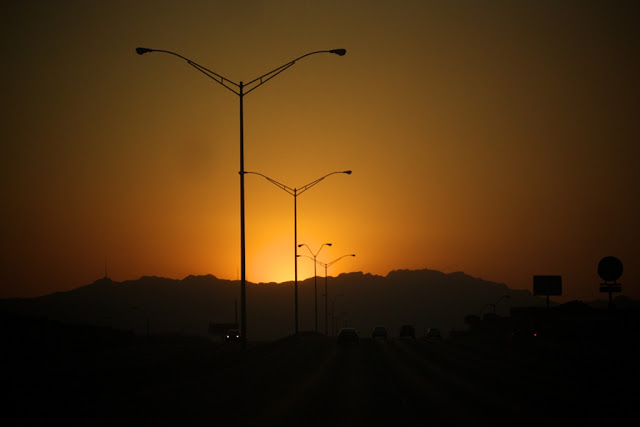 (El Paso, day 163)
The Second was New Mexico and Arizona to Palm Springs.
We saw real cactus in Arizona.  Like the kind in cartoons. 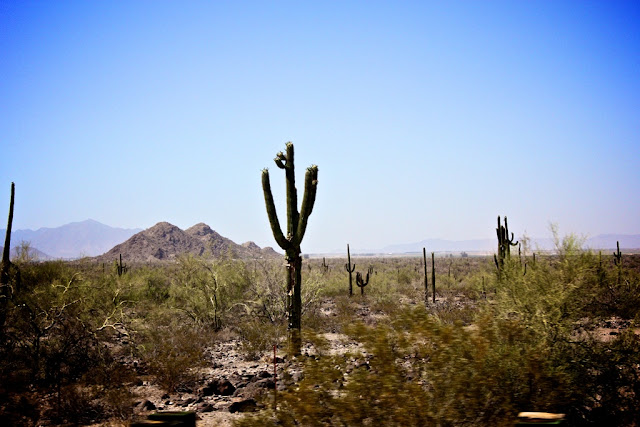 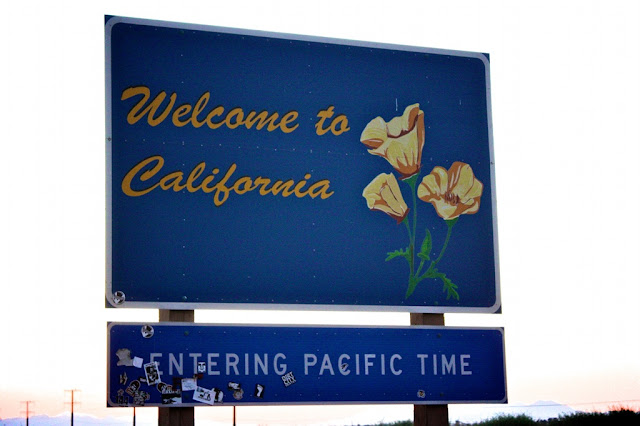 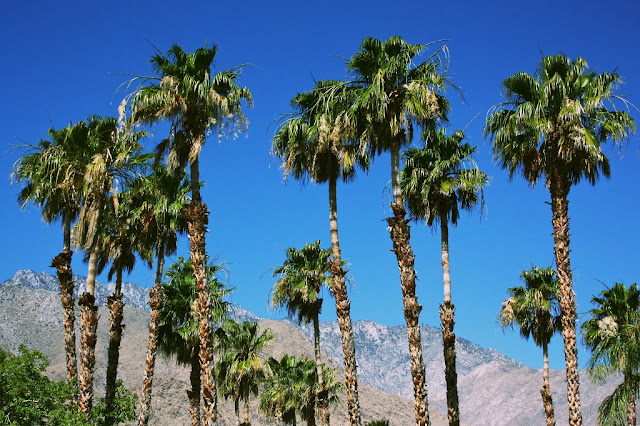 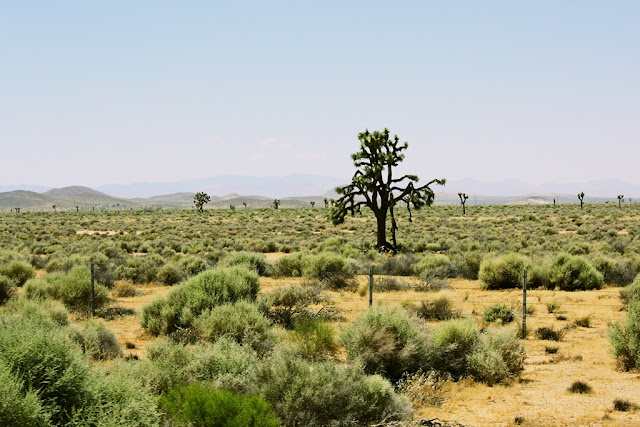 Things we noted as we entered California:
1)All of the wind turbines replacing the old fashioned windmills that my dad used to have us count on childhood road trips so we wouldn’t fight.  Don’t see that one working today… 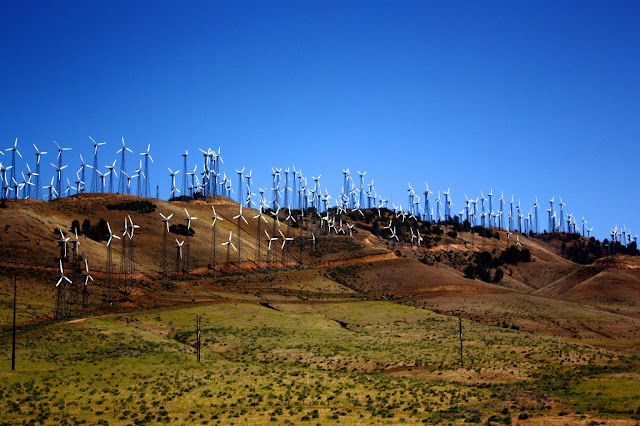 2)The variety of the landscape.  It was layer upon layer of pastures, hills, trees, and the San Bernadino Mountains, from foreground to distant background. 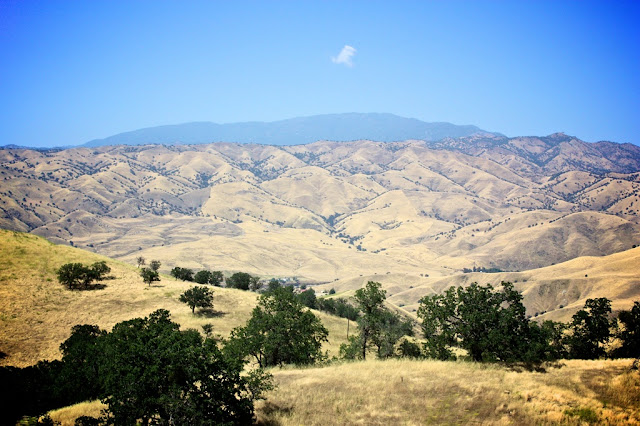 3) The superiority of the old Looney Tunes we saw in the hotel to modern cartoons (” ‘Dis Rabbit knows too much, Mugsy.”)
Since we were taking an unplugged vacation, any little amusement along the way, like making foil faces at Freebirds 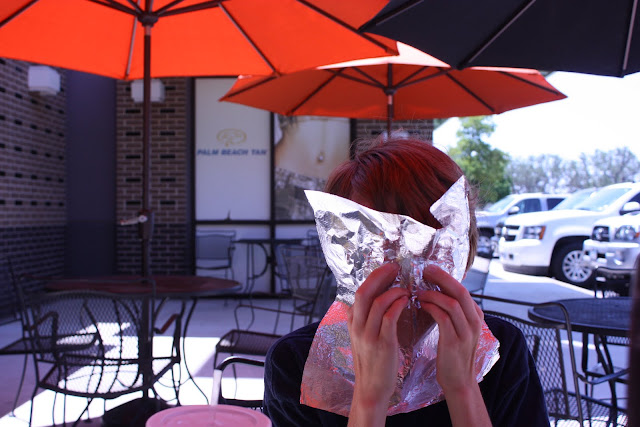 or eating our first In and Out Burger was a nice diversion from the Backseat Battle of the Long Legs.  And they get longer every year. 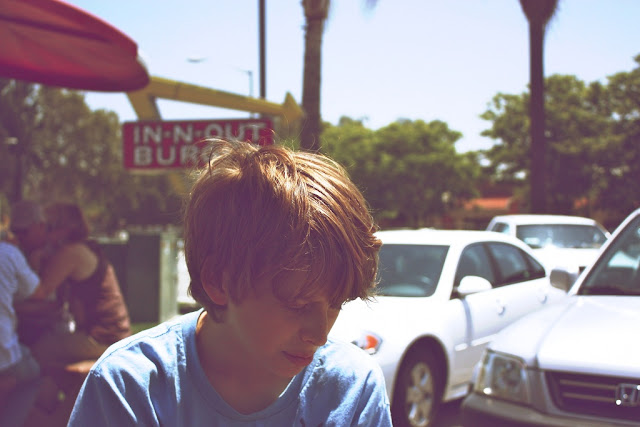 (In and Out Burgers.  Hey this is novel for us.) 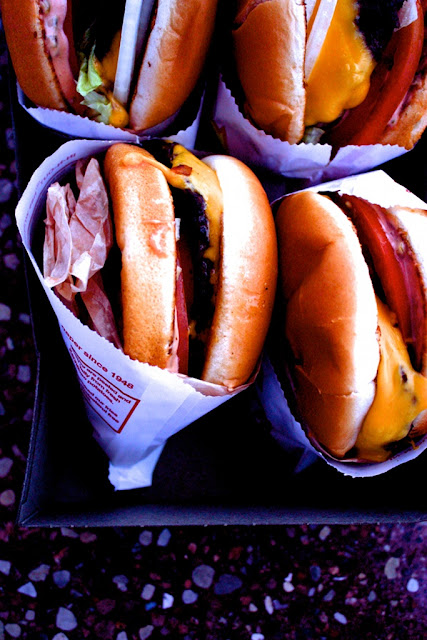 The “No Electronics” rule was softened a bit by our decision to stop for food along the way, instead of the  cooler full of sandwich material and baby carrots like last year. 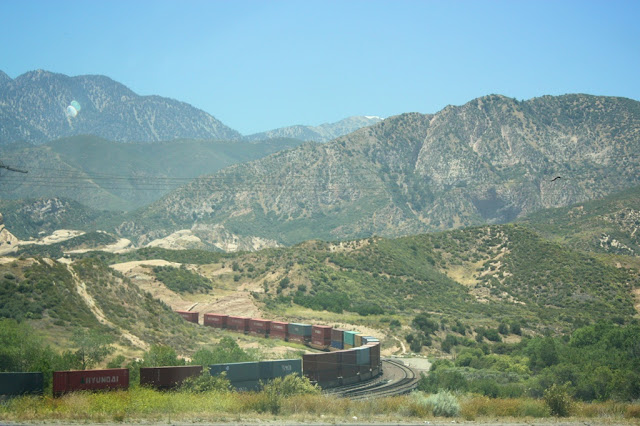 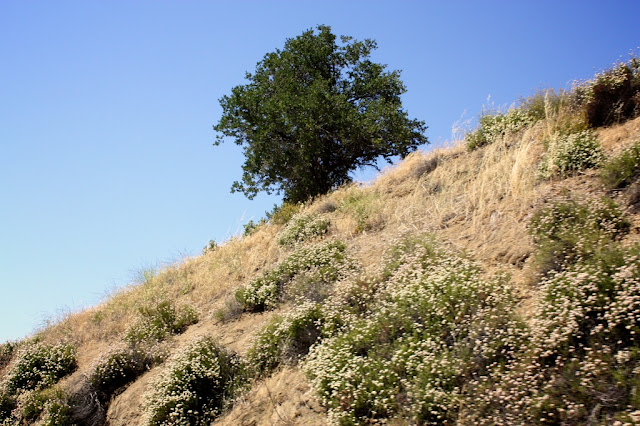 To replace the blips and gun noises of video games, I read the first Hunger Games book out loud on the way.  It was okay, but if I read another sentence about someone gently brushing the hair off of another’s forehead again I think I’ll scream. 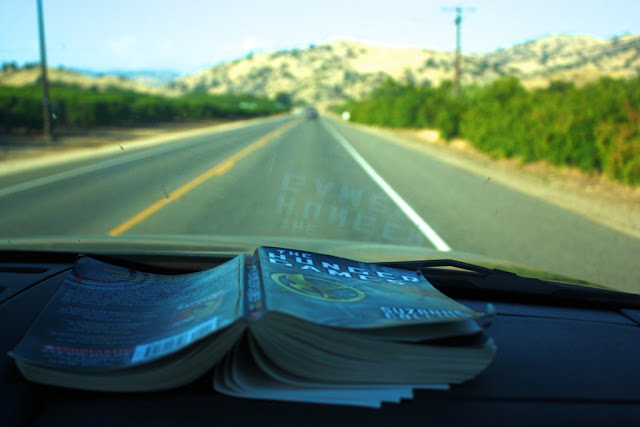 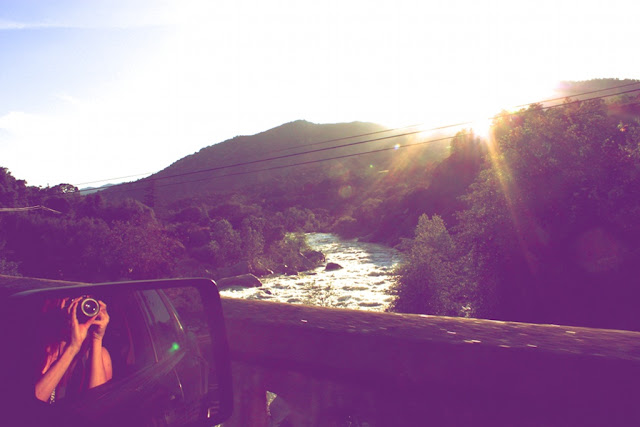 (The Kaweah we camped alongside)
We set up camp at Three Rivers, California beside the Kaweah River.  It was a beautiful place to be with snowmelt pushing the river to rush loudly outside of our camper.  My daughter dared my son to fully submerge in the river as soon as we got there. 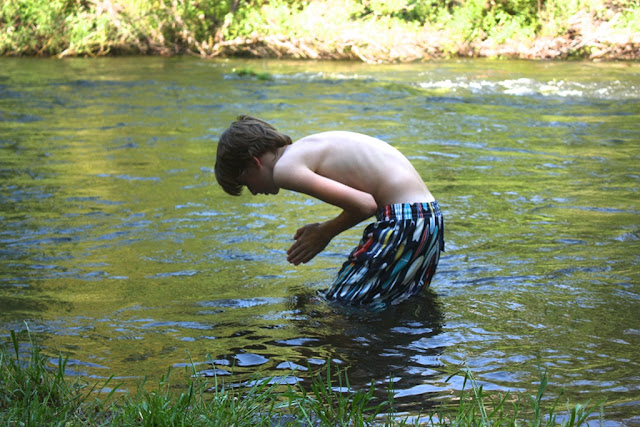 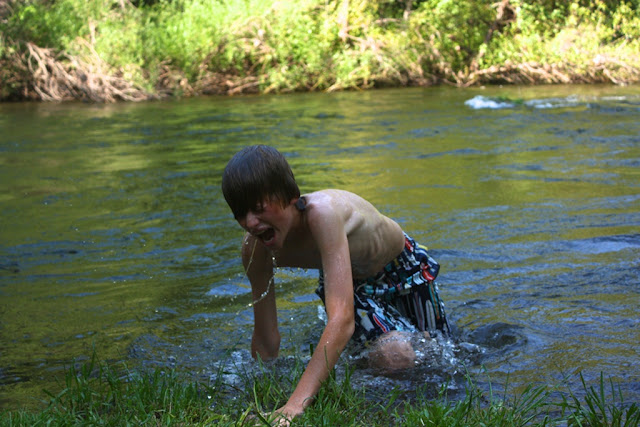 It was snowmelt.  Aside from that experience, we reveled in the low temperature, 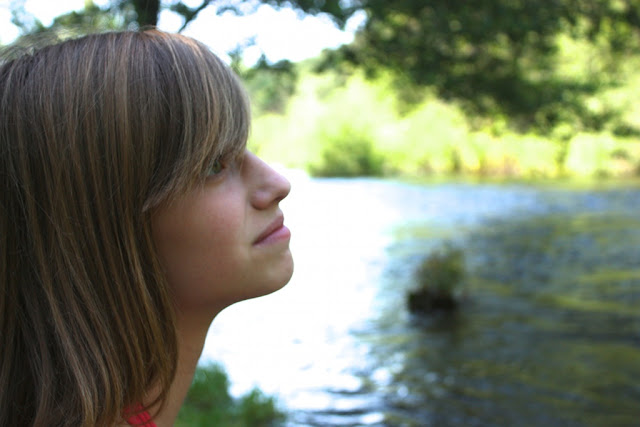 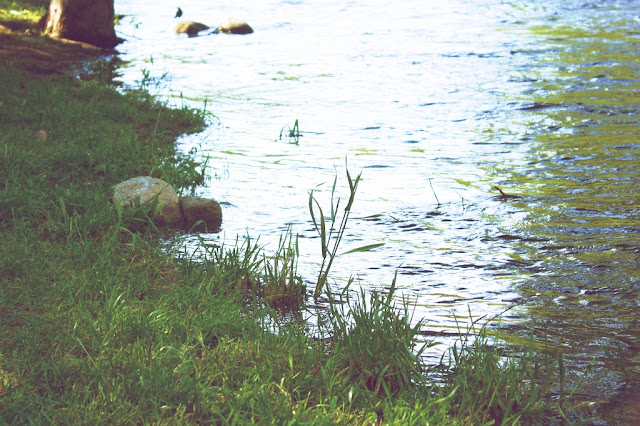 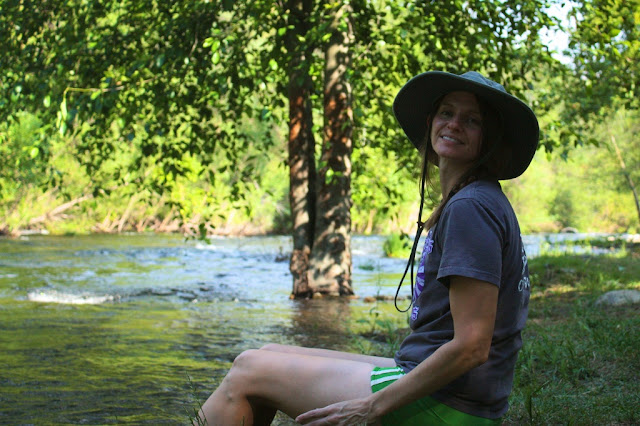 My son made friends with other campers’ children and they spent evenings catching toads and having the compete in jumping contests(when they weren’t locking each other in the Johnny- on -the -Spot).
I love how a campsite becomes a home away from home. 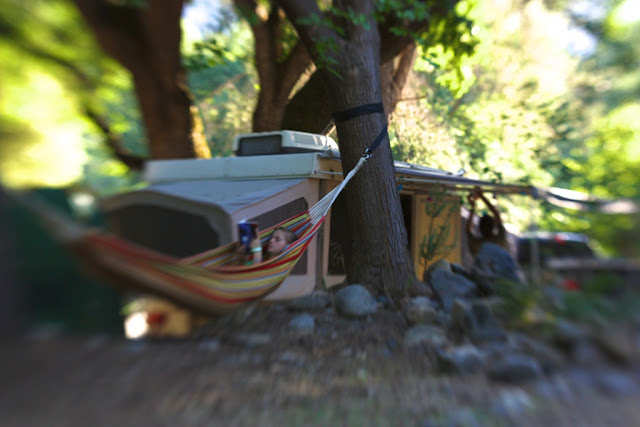 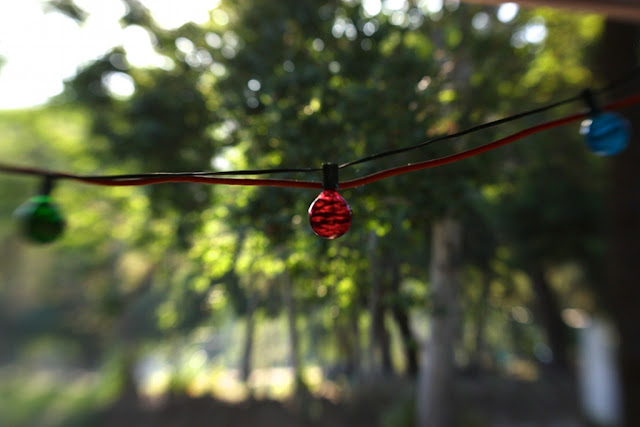 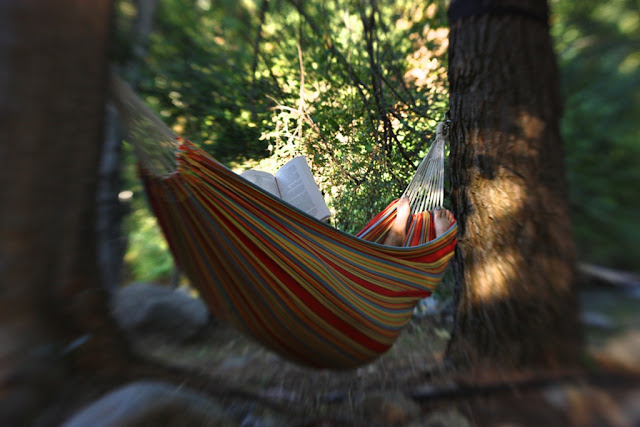 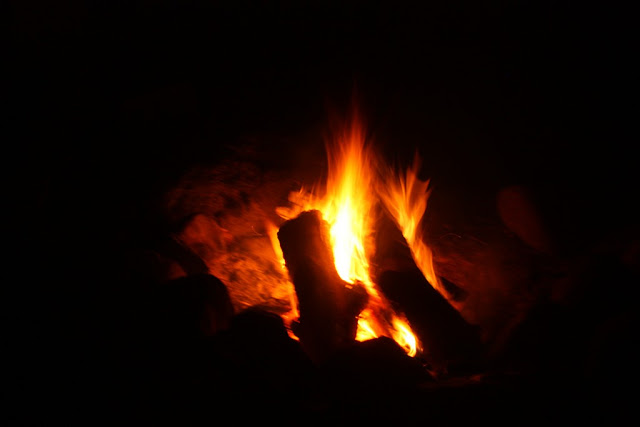 The Continental and -1 Needles