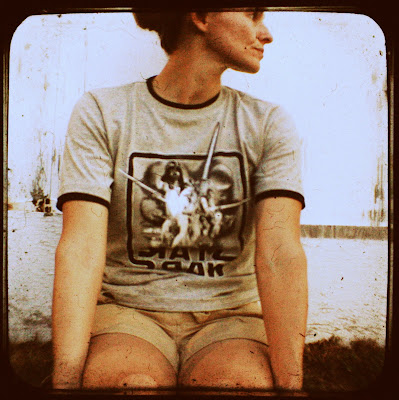 For fun, I did a search on the top sci-fi movies of all time, to see how many I’ve seen, and, more importantly, how many I liked.

My all time best was their all time best:
Blade Runner
Star Wars (A New Hope and Empire Strikes Back were the good ones)
The Terminator
Alien (before it met Predator or Winona Ryder)
2001: A Space Odyssey
Metropolis
The Planet of the Apes (all of them)
Solaris

So, I guess it’s official. All I need now is to go to a convention in costume or something. 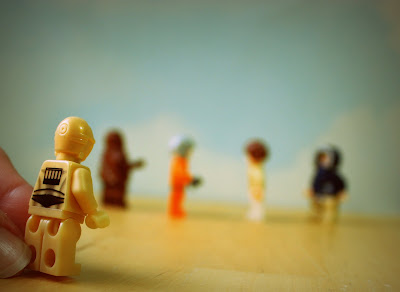 Even my little children are being shaped by our tastes-these things are genetic. They started with Star wars. I remember my daughter insisted on buying a Darth Vader action figure, then made me keep it in my room because she was afraid of it. They enjoyed the old tv series I liked as a kid, like Battlestar Galactica and The Land of the Lost and the Miyazaki movies I liked (saving the weirder ones until they were older) and we all saw Wall-E and The Iron Giant together in the theatre.

My husband read the Narnia books to them and The Hobbit. They were too young to appreciate Artemis Fowl when I bought it for them, but now they’ve both read the whole series. If we liked a book, we’d pass it on or, in the case of Robert Heinlen, I so loved Starship Troopers (passed along from my brother) that I read Red Planet to my son, as it was more age appropriate. He’s now zipped through more fantasy books than I’ve ever read. 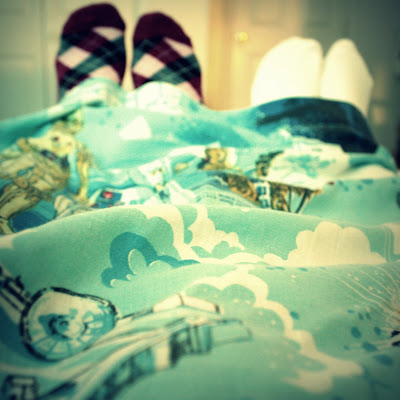 Each year, we introduce them to a few more “classics”: The Matrix (first only), Gattica,etc. And they introduce us to some too. We may have been the last people on Earth to get a netflix membership, but we’ve made up for it this summer by marathoning all the Avatar cartoon episodes they wanted me to see. And I loved it. Then they got me to read the Bone books, also good.

Our most recent show to try on my big brother’s recommendation is Full Metal Alchemist (though it’s a little too dark for my youngest.) I have to say, I miss the toddler years, sure, but it’s so much fun to share the excitement of a new episode or book with your kids as they get old enough to enjoy it to.

Next in our queue:
The Day the Earth Stood Still

All in a Row